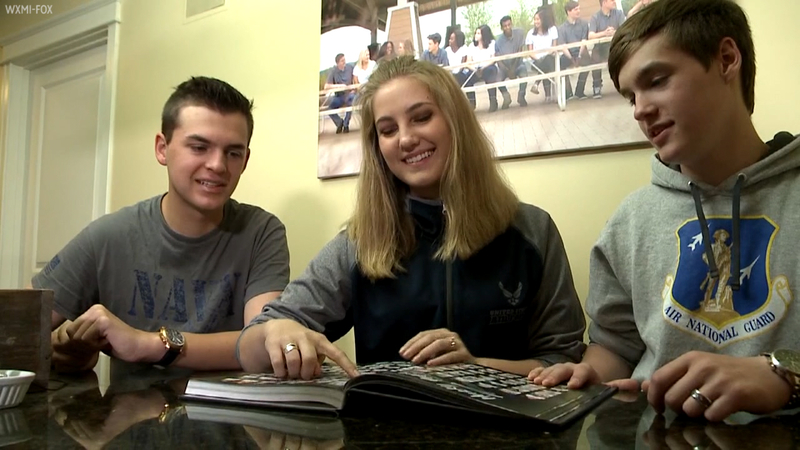 After celebrating their high school graduation, the Lees quadruplets of Ada, Michigan, will go their separate ways to join four different branches of the military.

The quadruplets are a part of a group of seven siblings (including adopted and foster children) of the Lees family that will be graduating this year. A fifth sibling will also join the military after graduation.

"We've been pretty close ever since we were little, and now we're going down our own paths, so it's kind of sad," said Rose Lees, a quadruplet who will join the Air Force, to WXMI.

The siblings were inspired by their grandfather and brother-in-law, who also served in the military. One of the quadruplets, Nevin, is already in training for the Marine Corps in North Carolina.