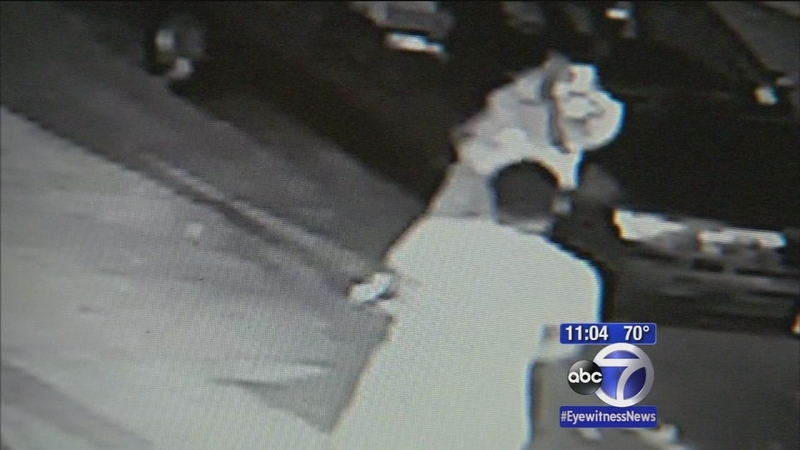 CAMBRIA HEIGHTS (WABC) -- A frightening encounter in Queens was caught on camera. A bar owner standing outside of her business to make a phone call was is suddenly chased by a man with a knife.

Surveillance video captured the terrifying moments and she spoke exclusively to Eyewitness News.

"It was very scary. I was nervous. I never seen this guy before and I'm scared," said Jennifer Crayton, the bar owner.

The frightening encounter was captured on surveillance video and went down outside of her Cambria Heights bar.

Jennifer Crayton stepped out to take a phone call around 2 a.m. Thursday morning.

Moments later she was approached by a man outside Exclusive Lounge and Grill, a members-only establishment she owns at the corner of Linden Boulevard and East 224th Street.

"He pull out a knife, opened the knife. It was a close up knife and he was coming towards me," Crayton said, "He was coming after me so I ran."

Crayton says she's never seen this man before, but he admitted that he's the person who's been slashing her tires.

She still doesn't know why.

"The police said somebody don't like you. Maybe somebody in this neighborhood doesn't want you here," Crayton said.

By the time police arrived the man was gone.

So she filed a police report, and handed over the video, hoping he'll be caught soon.

"Sometimes I close at 5 in the morning. I'm by myself. So now I'm going to make sure I'm with somebody," Crayton said, "This is Cambria Heights, a very nice neighborhood. The people are nice. I want them to be aware because keep your doors locked because you never know who's watching."