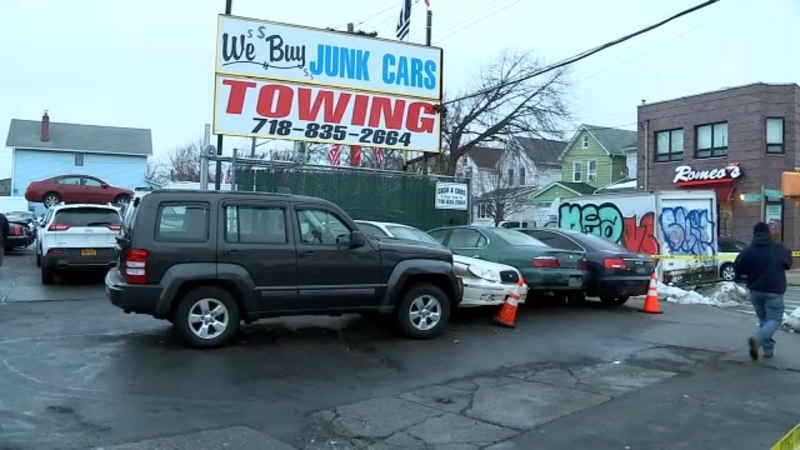 OZONE PARK, Queens (WABC) -- Police have arrested and charged a man after he fatally struck a woman with a vehicle at a car wash in Queens Monday afternoon.

Officials say it happened on Cross Bay Boulevard and Gold Road in Ozone Park around 2 p.m.

The 54-year-old woman, identified as Tracie McManus, was exiting the car wash bay when she was struck by a 2011 Jeep Liberty.

Police say 43-year-old car wash attendant Edwin Vargas was driving the vehicle when he struck the woman and then crashed into a parked vehicle.

She suffered severe body trauma and was rushed to Jamaica Hospital, where she was pronounced dead.

Vargas was taken into custody for suspicion of DUI.

He has been charged with vehicular manslaughter, vehicular assault, DWI and DWAI.

Police are investigating the accident.