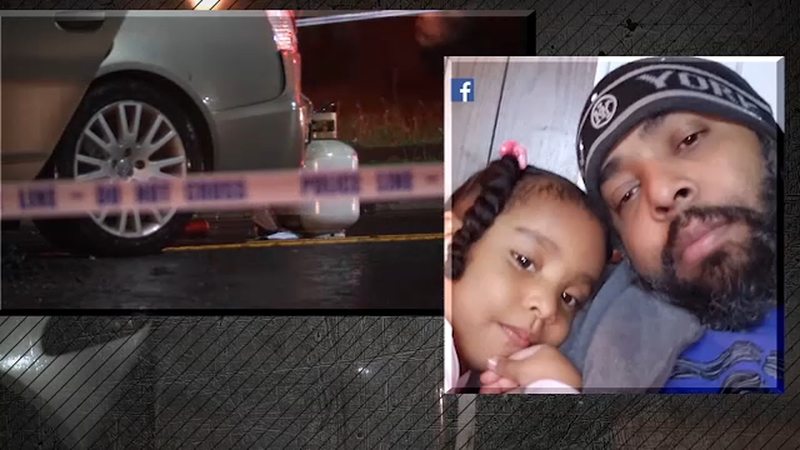 SPRINGFIELD GARDENS, Queens (WABC) -- A 3-year-old girl's father has been charged with murder after a car fire in Queens left the child dead.

Martin Pereira was arrested Friday. In addition to murder, he is also charged with arson and reckless endangerment.

Sources tell Eyewitness News that their leading theory is that this was a murder-suicide attempt by the child's father, identified as Martin Pereira.

The incident happened earlier in may when when the Audi A6 Sedan erupted in flames and Pereira reportedly ran from the vehicle on fire himself, leaving his daughter in the back seat with the doors locked in Springfield Gardens.

Authorities say he exited the car and ran to nearby Baisley Pond Park, where he jumped into a pond to extinguish the flames.

Firefighters arrived on the scene and pulled 3-year-old Zoey Pereira out of the vehicle.

She was rushed in a police cruiser to Jamaica Hospital, where she was pronounced dead.

Responding police searched the nearby park and found the father in the pond.

He was taken to Jamaica Hospital in serious but stable condition.

Authorities say the man is the biological father of the child, who lives in Queens with her mother. He lives in Valley Stream, Nassau County.

The two reportedly have a limited history of domestic violence and appear to have had a dispute over custody.

Two propane cans were found inside the car, but the cause of the fire remains under investigation.

Chains were also found in the car, but the role of these chains were unclear.