Driver dead after slamming into traffic pole in Queens 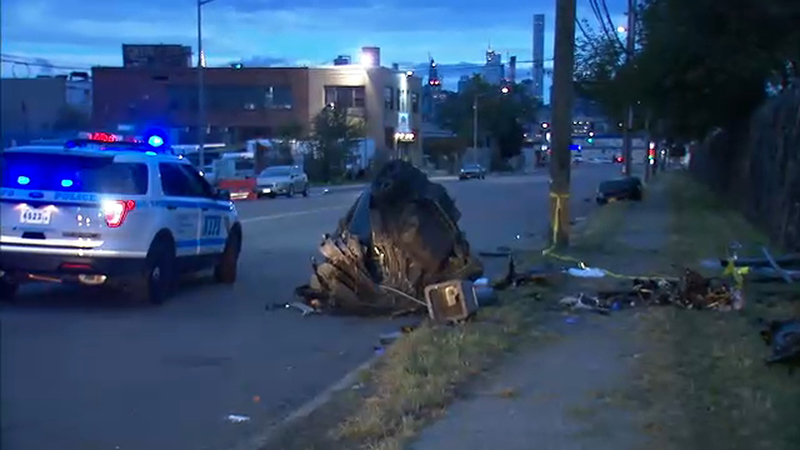 Driver dead after slamming into pole in Queens.

SUNNYSIDE, Queens (WABC) -- A driver was killed when he slammed into a traffic light pole in Queens early Sunday.

The accident happened shortly before 1 a.m. in the vicinity of Review Avenue and Van Dam Street in Sunnyside.

Police say a man driving a 1997 Honda Civic was traveling westbound on Review Avenue when he struck the pole near Van Dam Street.

The vehicle split in half, sending the front end into another utility pole and scattering debris in the street.

EMS responded and pronounced the man dead at the scene. Police identified him as 35-year-old Jesus Montenegro-Posada.

Family members said he was a drag racer.

"His passion fixing cars, making them run fast, he was doing that for a living," said his stepfather Nelson Velasquez.

No other cars were involved in the accident.

The NYPD Collision Investigation Squad is investigating the crash.