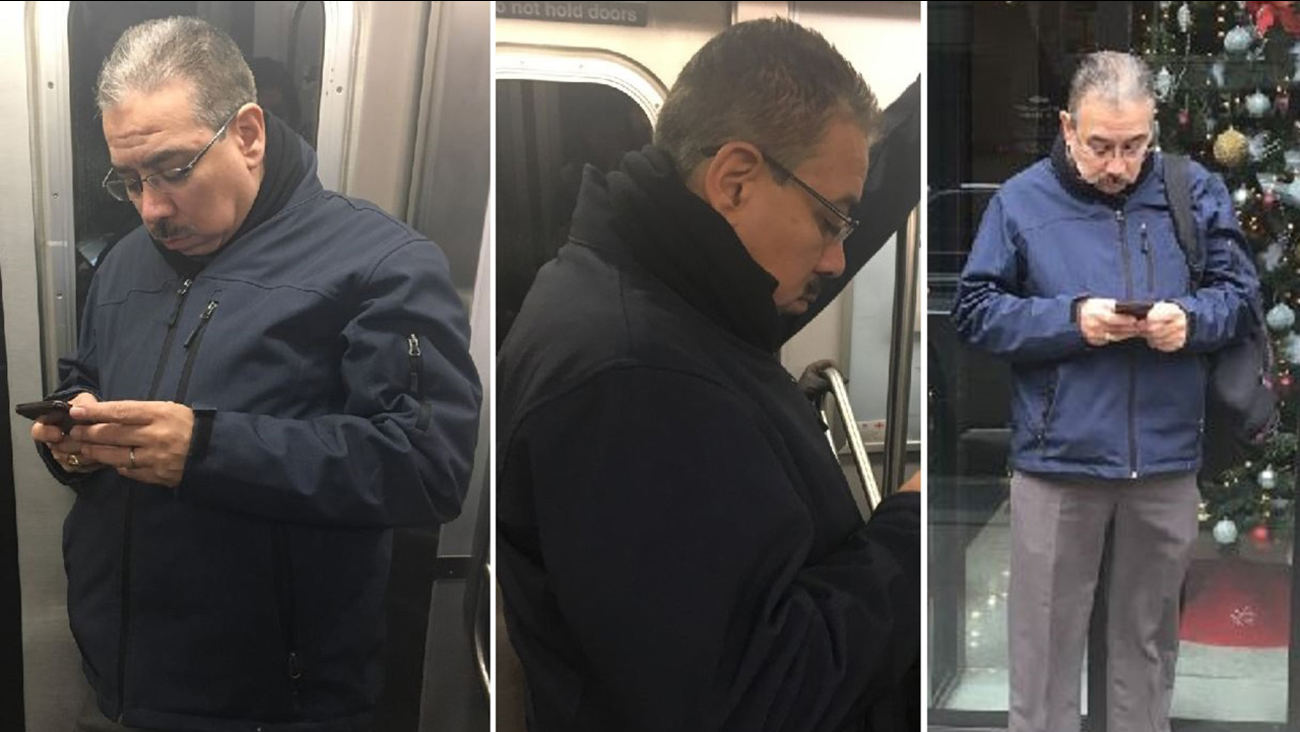 JACKSON HEIGHTS, Queens (WABC) -- A 55-year-old deacon from Queens is under arrest, accused of sexually assaulting a woman on the subway.

The suspect then fled at 34th Street/Herald Square.

Police recovered cell phone photos the woman took of the suspect. They released them, and members of the church community recognized the deacon and called police.

Pinzon is charged with one count of third-degree sexual abuse and two counts of forcible touching.

He was released on his own recognizance and is due back in court on February 16.
Report a correction or typo
Related topics:
new york cityqueensjackson heightsmanhattanmidtownsex assaultsubway crimegropingsexual assault
Copyright © 2021 WABC-TV. All Rights Reserved.
More Videos
From CNN Newsource affiliates
TOP STORIES