Judge calls off deportation of pregnant woman from Queens 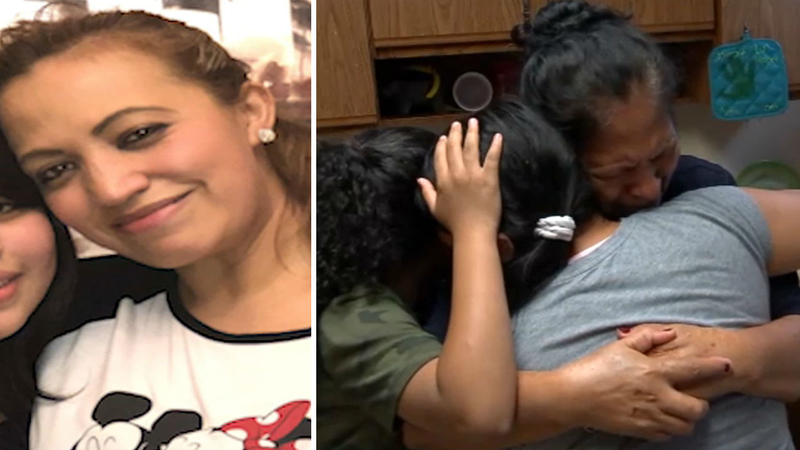 Judge calls off deportation of pregnant woman from Queens

JACKSON HEIGHTS, Queens (WABC) -- A pregnant mother from Queens had her prayers answered just one day before she was supposed to be deported to her native Guatemala.

The undocumented immigrant -- who has lived in New York City for 15 years -- was moved to a detention center in Louisiana. She was scheduled to be deported Wednesday, but the deportation was called off by a judge on Tuesday evening.

The Santiago family cried and held each other when they learned the good news.

Alma Centeno-Santiago came to New York from Guatemala almost 15 years ago when she was 18 years old.

She worked in bakeries and restaurants and her children were born in New York.

In April, while she was six weeks pregnant with her fourth child, she was taken into custody by ICE agents who intended to deport her.

ICE released a statement Tuesday night saying, "Alma Centeno-Santiago is an illegally present Guatemalan national who has two criminal convictions in the United States stemming from arrests in September 2018 and April 2019 both misdemeanors. On December 28, 2004, an immigration judge ordered Centeno-Santiago removed in absentia after she failed to appear for immigration court proceedings."

While Eyewitness News was with the family, a federal judge issued a stay, preventing ICE from deporting Alma.

"She has been denied visits to the doctor, the hospital, she's been treated horrifically while in detention, denied meals, refused water, kept in isolation," attorney Jodi Ziesemer said.

Alma's mother said Guatemala has changed since she lived there. It's now more violent and more dangerous than ever and she has no family there -- no one to guide her through it or to protect her.

Alma is not out of the woods yet. She will remain in ICE custody while a federal judge decides if she should be given another chance to stay with her family in America.