Father, 65, and son, 6, killed as fire burns through home in Queens 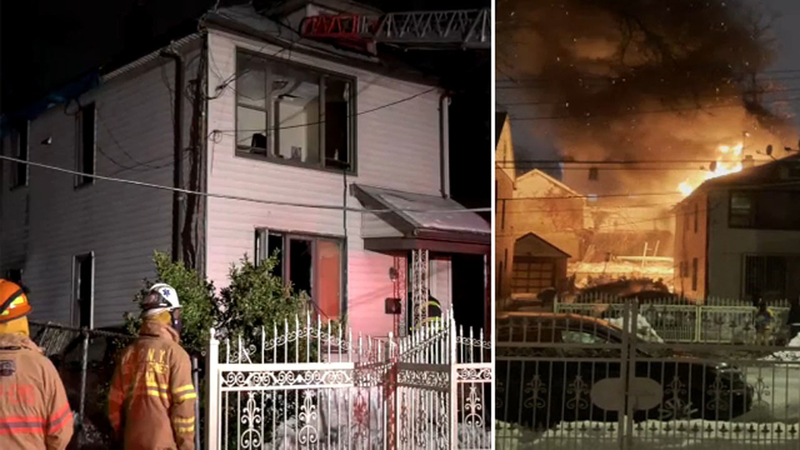 FLUSHING, Queens (WABC) -- A 65-year-old man and his 6-year-old son tragically died in a house fire in Queens early Monday.

There were several families living in the house, and authorities identified the fatalities as 65-year-old Stephen Blumling and 6-year-old Shawn Blumling.

Eyewitness News spoke to a woman who was living on the second floor.

"We are sleeping, the fire is coming outside of the window," she said. "Both fire and smoke...we feel the smoke inside our throat and then we are coming outside. They are a good family, good boys...So sad."

A fire on Friday evening destroyed a large section of Paul Newman's Hole in the Wall Gang Camp for seriously ill children in Connecticut.

Stephen and Shawn Blumling were both pronounced dead at the scene.

Shawn Blumling's twin brother was also burned and was taken to Jacobi Hospital in stable condition.

The boys' 41-year-old mother was not injured. All were on the first floor, where the fire broke out.

Other residents, who lived on the second floor, escaped without injury.

The FDNY says two firefighters treated for non-life-threatening injuries, and another civilian refused medical attention at the scene.

On Tuesday, the FDNY said the cause was accidental and an electrical fire that started in the exterior shed and extended to the rear of the house. A smoke alarm was present but not activated.

TOP STORY: Subway stabbing suspect had knife on him when he was arrested
EMBED More News Videos

How the Gabby Petito case is igniting new interest in finding other missing persons.