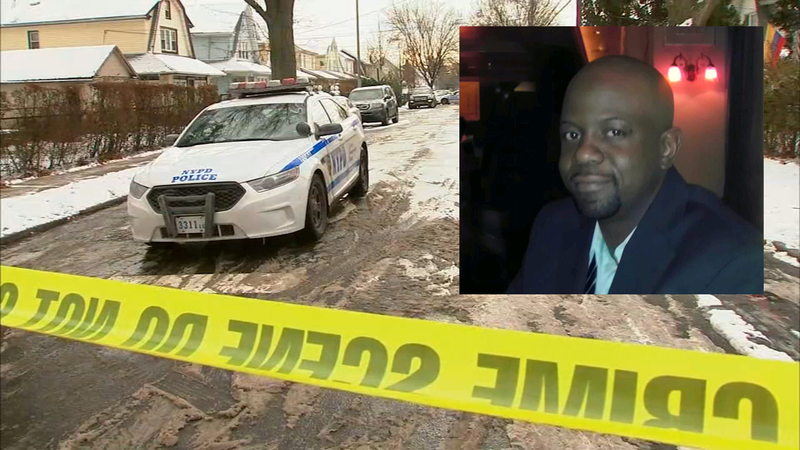 Man fatally shot inside car in front of Queens home

HOLLIS, Queens (WABC) -- Police are investigating after a Queens father was found fatally shot inside a car early Saturday.

One man seated behind the wheel was struck in the head and torso and was pronounced dead at the scene.

The victim has been identified as Mohale Ralekheto, a father of three daughters who lives within feet of the shooting.

Police say he had been shoveling snow with another man and the two got into his car to warm up when the gunman approached.

A 33-year-old man was also in the vehicle and was slightly injured. He is talking to police.

The shooters fled the scene and were last seen walking toward 104th Avenue.

One of them was a wearing a grey sweater and black hat.

The motive for the shooting is not yet known.

Shocked and heartbroken neighbors and friends say Mohale was well-known and liked in the community with a reputation as a loving, hard working family man.