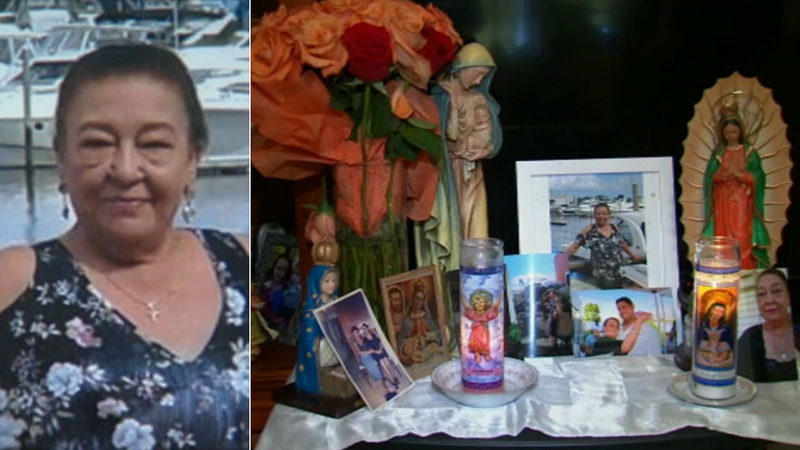 JAMAICA, Queens (WABC) -- Police are searching for the driver who fatally struck a woman and left her for dead in Queens this week.

The incident happened at Linden Boulevard and 169th Street on Tuesday at 7 a.m.

Police said the 70-year-old woman was walking and attempting to cross the street outside of the crosswalk when she was struck by a vehicle. Authorities say the driver did not stop and left the scene.

The victim, later identified as Clara Duran-Rodriguez, suffered trauma to her head and hips. She was transported to Jamaica Hospital where she was pronounced dead.

Her niece, Catherine Marmol, said the family didn't realize something happened to her until hours later when the deli where she worked called to say she never arrived.

"Just not knowing who did this, how can you do this, how can someone do this and just leave her there? It is not fair," Marmol said.

Police have not released a description of the car and so far, no arrests have been made.