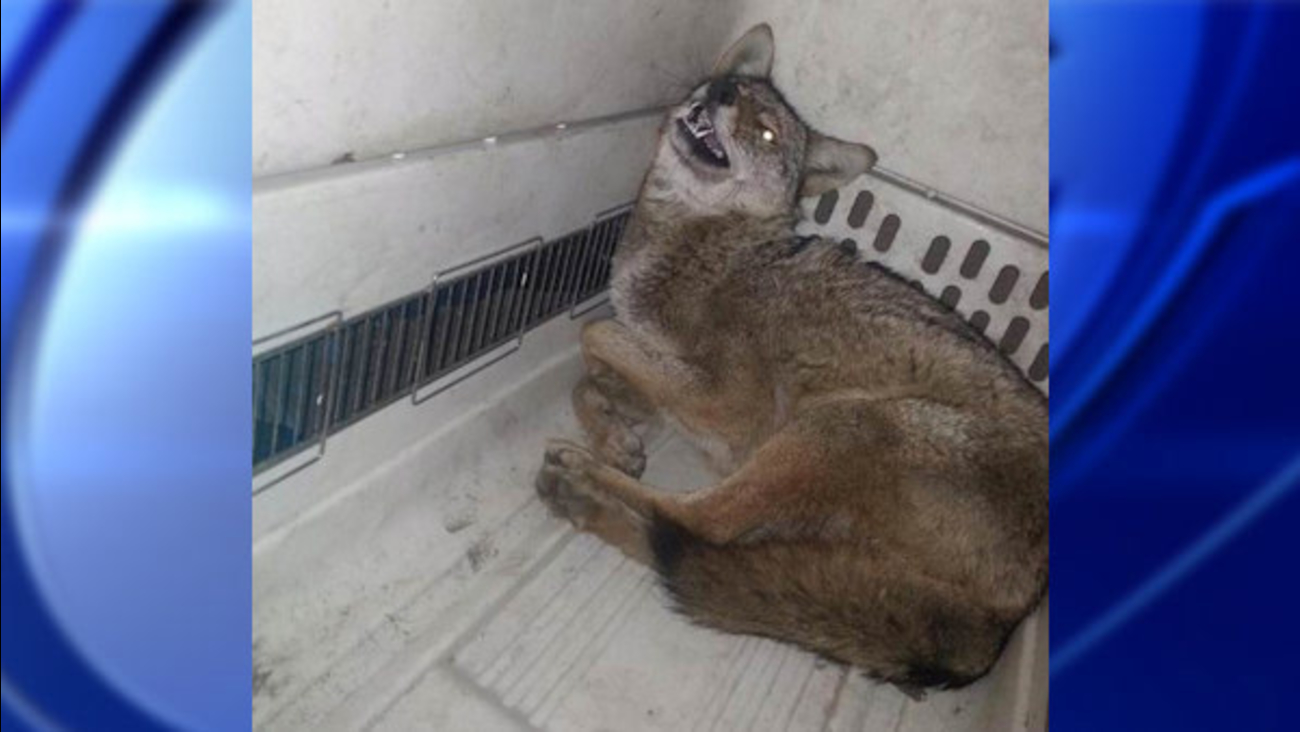 A coyote was captured at 77th Place and Caldwell Avenue in Middle Village. (WABC)

MIDDLE VILLAGE (WABC) -- Police say they have tracked down a coyote that was on the run in Queens.

The NYPD's 104th precinct tweeted a photo, saying the coyote was captured and tranquilized Tuesday in Middle Village.

He might have gotten away once but not today. We have caught the coyote at 77 place and Caldwell Avenue. @NYPDnews pic.twitter.com/dZHWzpfsCj

It was taken to Animal Care and Control for observation.

The coyote is a female, about four years old and apparently healthy.

The coyote had been spotted Monday behind the bushes outside a home on Elliot Avenue in Middle Village, but ran off into Juniper Valley Park.

Police tried to tranquilize the animal at the scene, but it got away.

Authorities received a 911 call at 10:20 a.m. Monday to report the coyote sighting.

Police drove around Juniper Valley Park at Juniper Boulevard and Lutheran Avenue in search of the animal, and found it outside the house.

A man walking on 72nd Street saw the coyote run right by him. "I saw the coyote, and the poor animal was being chased by 15 policemen, and it was so afraid," he said.

It was the first coyote sighting in Queens. A coyote was captured over the weekend after running through Lower Manhattan, while another eluded police on the Upper West Side last week.

In New Jersey, there have been two coyote attacks recently on people in Bergen County, one in Norwood and the other in Saddle River.