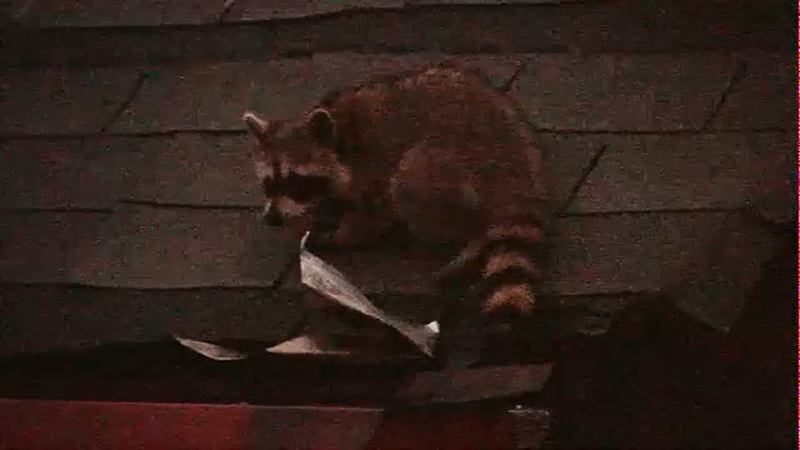 Concerns over raccoons in Queens neighborhood

EAST ELMHURST, Queens (WABC) -- Raccoon concerns in Queens have people in one neighborhood afraid to spend much time outside.

They say the raccoons are living around one woman's home, and have been living there for weeks.

Neighbors want something done about the problem quickly.

A whole colony of raccoons have made themselves at home steps from Mark Carty's house.

"Me and my wife, we just feel like we're prisoners in our own home," he said.

The dilapidated eyesore of an abandoned garage sits right next to Carty's, where over the past few days he's snapped pictures as the scavengers have taken over.

"When I come out and yell and scream they do not move," said Carty. "They just stand there and hold their guard."

The garage belongs to his neighbor with whom he shares a driveway.

"This is not the jungle, we live in Queens," said Vicky Demetiou, who lives down the block and, like many here, have put up with the neighbor's messy conditions and haven't complained. Until the fuzzy new neighbors arrived.

The property owner wasn't home Wednesday night, but Mark Carty says he doesn't even have ill will towards her.

He just wants someone to take care of the raccoons, and says the health department, the police and animal control all have told him the city will get involved only if the animals are sick.

"The agency asked me that. Are they rabies? I don't know. I'm an elevator mechanic," he said. "I'm not a veterinarian. I didn't ask them do you have a disease?"

On his own dime he hired a private trapper. That took care of two raccoons, but Carty says he's counted at least nine others coming and going.

He's lived there for 15 years and now he's afraid they're multiplying.

"When I go to my garage I'm petrified. I'm scared," he said. "We're just hoping someone can help us with this. It's just gonna get worse."