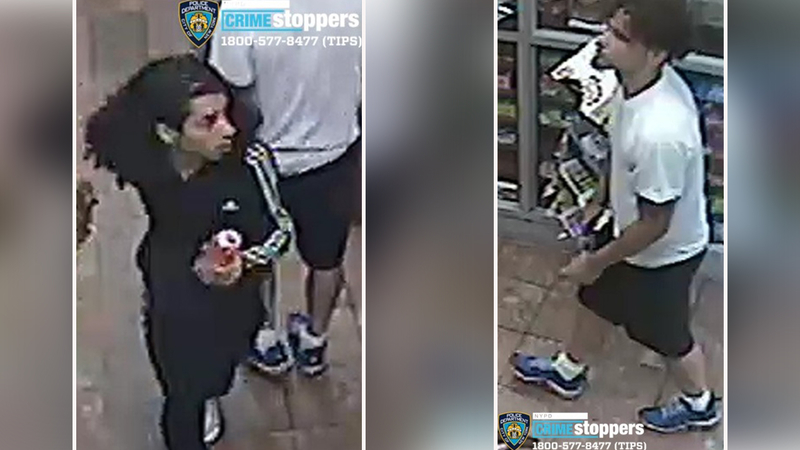 Search for men in string of violent robberies in Queens

QUEENS (WABC) -- Police are searching for two men wanted for a string of violent robberies in Queens.

The men have been linked to five robberies.

The first incident happened on the corner of 42nd Avenue and Warren Street on Friday, August 2, at 5 a.m.

Authorities say a 34-year-old male victim was walking home when the two men came from behind, knocking the victim to the ground.

They punched and kicked him before stealing his wallet containing cash and credit cards.

They got away with his cell phone and $40, police said. He suffered minor injuries.

The following day, they attacked again, this time on 91st Street around 1 a.m.

Police say a 36-year-old man was walking, when again, he was attacked from behind. The two men took off with his necklace.

The 57-year-old victim was grabbed from behind and thrown to the ground, and the men removed his cell phone and credit cards.

When the victim tried to get his phone back, the men punched him and then took his wallet.