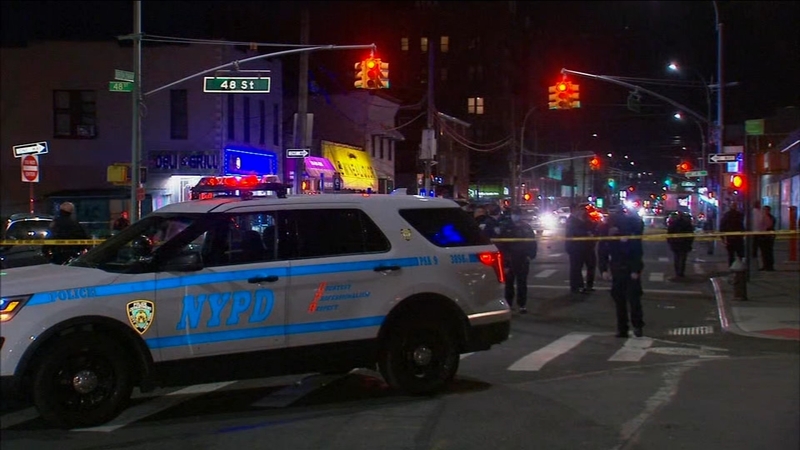 ASTORIA, Queens (WABC) -- An investigation is underway after a woman died from a stray bullet to the head in Queens Friday night.

Police say the 37-year-old woman was shot just before 8:30 p.m. on the northwest corner of 48th Street and Broadway in Astoria.

She was taken to a nearby Elmhurst Hospital where she was pronounced dead.

It's not clear if the woman was the intended target.

However, witnesses believe the victim was an innocent bystander.

"It was just so loud, so loud -- all you hear is bop bop bop -- and all you see is people scattering and running away," deli owner Zal Alradai said.

Authorities say she was less than a block away from her home when she was shot in the head.