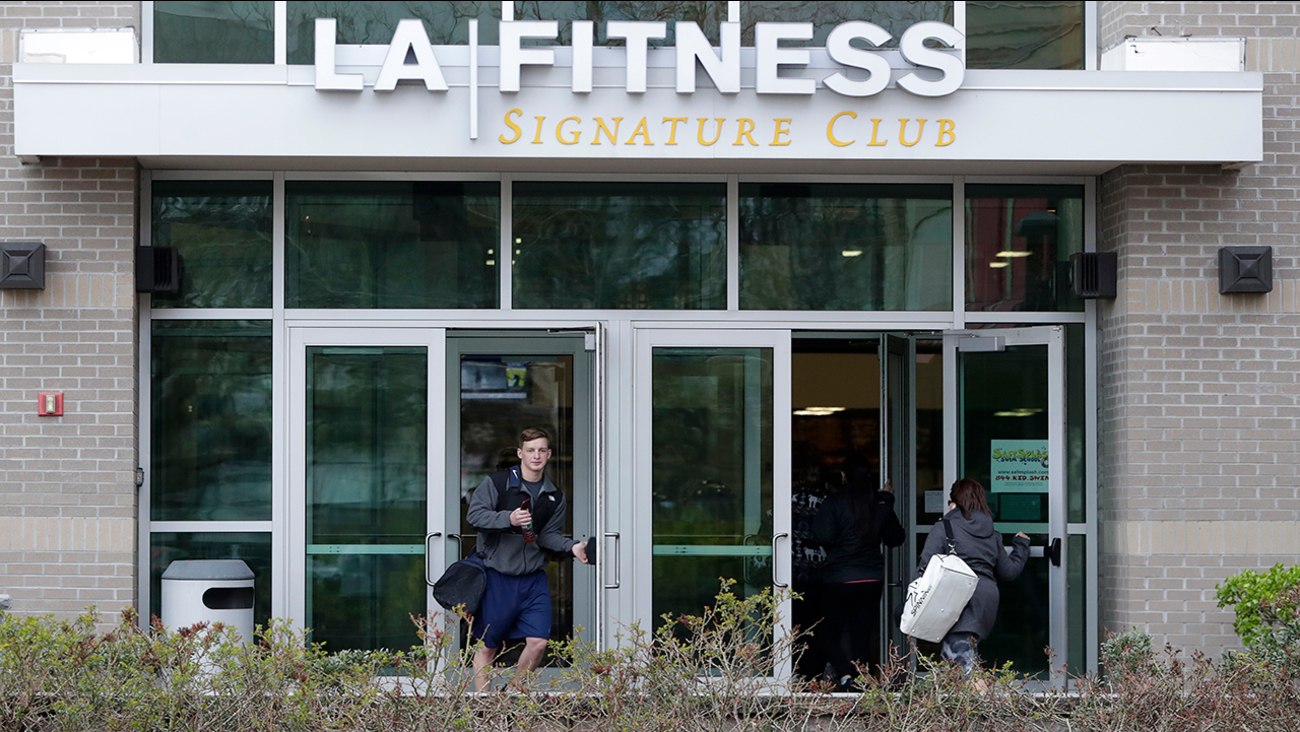 SECAUCUS, New Jersey -- Employees of an LA Fitness in New Jersey wrongly accused a black member and his guest of not paying to work out and called police, prompting an apology from the company.

A spokeswoman for Fitness International, parent company of LA Fitness, told The Associated Press that three employees directly involved in the incident are no longer with the company.

Jill Greuling, executive vice president of operations, didn't say whether the three had been terminated.

Tshyrad Oates posted video Monday night of the incident at the club in Secaucus, outside New York City in northern New Jersey. It shows his unidentified friend, who is a club member, talking to club employees while several police officers look on.

On his Facebook page, Oates, who was using a guest pass at the gym, wrote that he and his friend were asked to leave when an employee mistakenly contended the friend hadn't paid for his visit.

"The front desk staff employee was confused and thought the member was a guest," Greuling wrote in an email. "The front desk employee who made the request was not working when this member checked in the first time, so she was unaware. Regrettably, from there our staff unnecessarily escalated the situation and called the police rather than work through it."

The Irvine-Calif.-based company is considering ways to improve its training.

The incident occurred Sunday, according to a woman who answered the phone at the club but didn't give her name.

Several days earlier, in Philadelphia, two black men were handcuffed and arrested after an employee called police because they hadn't bought anything in the store. The two men told The Associated Press they were waiting for a business contact to arrive.

The Philadelphia incident provoked protests at the store, and the company said it will revamp store management training and would close its company-owned stores and corporate offices one afternoon next month for the training.