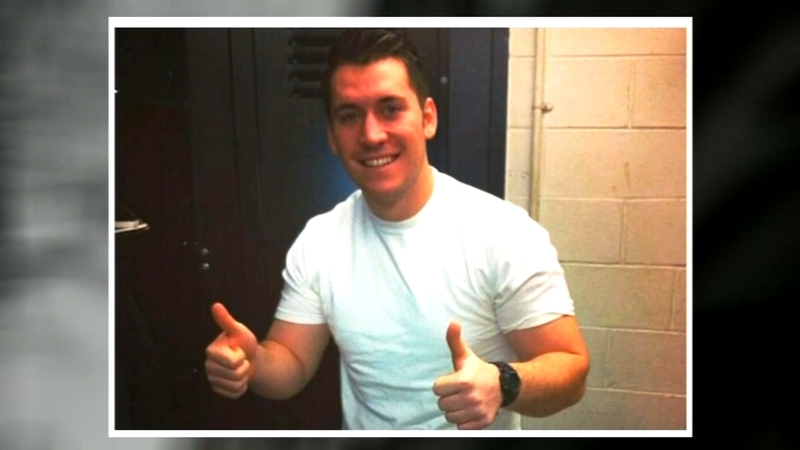 BROOKLYN, New York (WABC) -- The son of ex-New York City Fire Commissioner Sal Cassano, who quit his EMS job in 2013 after being exposed for racially charged tweets, has been re-hired by the FDNY.

Joe Cassano was a probationary paramedic five years ago when his vile tweets about Jews, African-Americans, and the poor were uncovered. Now, many are furious that he's joining the FDNY as a firefighter.

"It is unacceptable that the fire department has lowered itself and its standards," said Kirsten John Foy with the National Action Network.

Cassano is an EMT training to be a firefighter and will be sworn in in the coming days. At issue is his social media posts that date back to 2013.

Among the tweets:
"I like Jews about as much as hitler #toofar? NOPE."

And on Martin Luther King Jr. day in 2013: "MLK could go kick rocks for all I care, but thanks for the time and a half today."
The protesters were upset to learn that the author of these tweets has been working again, reinstated as an EMT for years. First he resigned over those tweets in 2013. Then he was hired back.

"This is horrific," Brooklyn Borough President Eric Adams said. "He was snuck back in as an EMT and now he is being promoted to firefighter."

But the mayor added, "I am also someone who believes in redemption. If someone does something wrong and then they fix it and they don't recur, they should still have a right to pursue their career."

"This is not setting the right tone that a person who stated 'I like Jews the same way Hitler liked Jews' -- that is for Klansman, not fireman," Adams said.

The FDNY released a statement, saying: "EMT Cassano has passed all requirements for promotion to Firefighter and is scheduled to enter the upcoming probationary Firefighter class."

What's your take? Tell us in the comment section below.