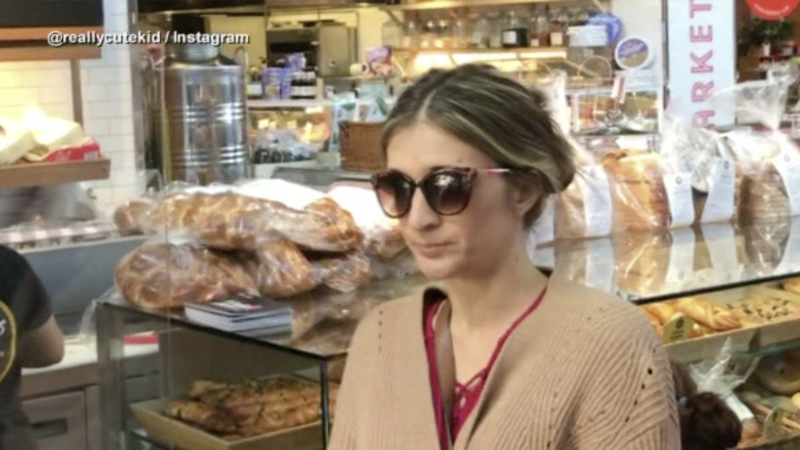 NEW YORK -- A New York City bakery worker is speaking out after he was the target of a maskless woman's racist rant, which has since gone viral.

The video, recorded by a bystander Sunday, shows the white woman using a racial slur against the Black man working at Essex Market's Davidovich Bakery in Manhattan's Lower East Side.

The worker, Victor Kamara, had denied the woman service after she refused to wear a face mask. She claimed she had a medical condition and then hurled the racial slur at the employee.

The woman, who appeared to have taken children with her to the bakery, can then be seen arguing with other customers and claiming she can call the employee whatever she wants, saying "This is America."

"You need to go," one bystander tells her.

Security then escorted her out of the building.

Kamara, 30, told ABC News he felt "kind of sorry about the situation" but was also "appalled."

He said the children the woman apparently took to the bakery looked mixed-race, making the situation even more perplexing.

"I was like, 'Why would you call me that?' You know what I mean? Especially having kids that are mixed, why would you use those words?" he told ABC News.

Kamara said he appreciated the bystanders who stepped in while he tried to calm the situation and showed restraint. He added that "peace and love" triumph over hate.

"Know your worth, man ... It wasn't her place to talk to any Black person like that," he said.

Davidovich Bakery has since filed a harassment complaint, which is under investigation.

"We stand with all our employees and thank Victor for handling this situation of hate and bigotry with professionalism and grace," the bakery said in a statement. "Anyone who uses racism and any insensitive language, simply is not welcome in our stores."