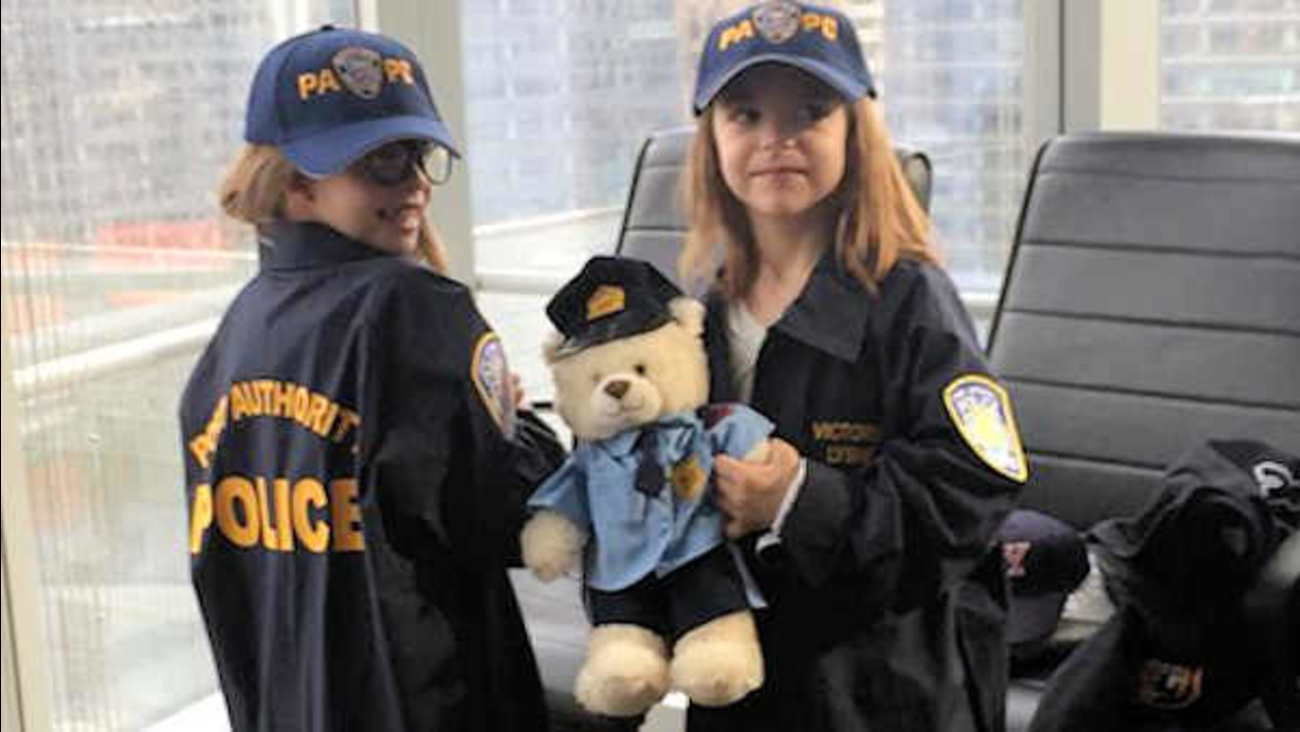 NEW YORK (WABC) -- The NYPD on Friday honored two sisters from Wisconsin who donated their Christmas money after overhearing their parents discus the fatal shootings of Officers Rafael Ramos and Wenjian Liu.