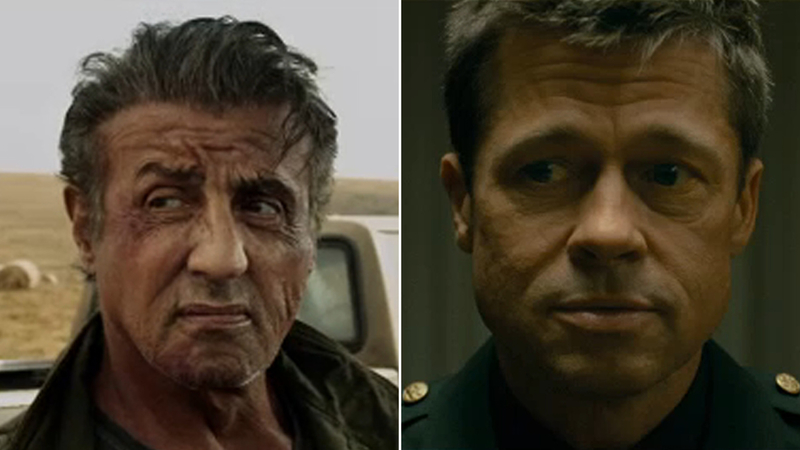 Two superstars are back on the big screen this weekend. The score is one hit and a miss: The miss being the fifth in a series of "Rambo" movies about a traumatized, Vietnam veteran.

The new one is called "Last Blood," and Sylvester Stallone deserves another Razzie Award (celebrating the worst movies of the year) as John Rambo.

His niece is headed to Mexico against his wishes to try to find her dad, who abandoned her. He's not interested in any kind of relationship, but crooks think she would make a good prostitute, and when they kidnap her, Rambo's gotta get involved.

My "no-spoilers" policy means I can't tell you about a plot hole big enough to drive a fleet of trucks through, but for those of you wondering, "isn't this 73-year-old guy getting a bit old for this foolishness?" The answer is YES!

With "Ad Astra," Brad Pitt reclaims his place as one of the world's great movie stars: able to hold our interest even without words.

In the not-so-distant future, electrical surges from space cause massive disruptions on earth, and Major Roy McBride is recruited for a mission to the planet, Neptune, in search of his father, a legendary astronaut gone rogue! His bosses believe his dad is responsible for the surges.

As Roy's father, Tommy Lee Jones appears only briefly, but memorably. Donald Sutherland makes less of a mark. Liv Tyler and Ruth Negga barely register as Major McBride travels first to the moon and then on to Mars and beyond. So it's up to Pitt to carry this movie -- which he certainly does.

The force of his charisma is such that even this movie's stunning visuals never overshadow Pitt's cool performance.

All of the tabloid headlines about him have served to obscure his talent, and "Ad Astra" is a great reminder of just how good he really is. The picture is distributed by Walt Disney Studios, owned by the same parent company as ABC 7. See this movie on the biggest screen you can find!