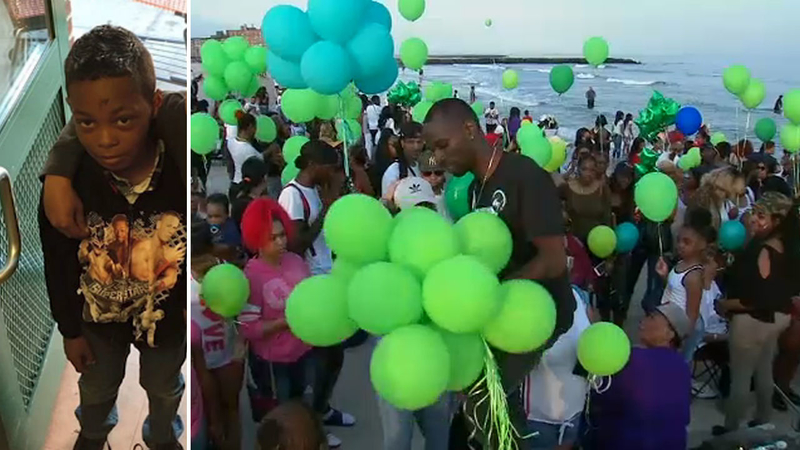 LONG BEACH, Long Island (WABC) -- Mourners gathered on the Long Island shoreline to pay tribute to a 10-year-old boy who disappeared while playing with his brother.

The vigil was held on Long Beach on Thursday night, just days after the young boy apparently drowned.

Ramell McRae is praying and hoping to find his son, but he said he knows it's the kind of search that will only end in heartbreak.

"I know my son's coming back, I know he's coming," McRae said.

More than two days after vanishing in the water, Ramell McRae Jr.'s body has still not been recovered.

Just before 6p.m. on Tuesday, the little boy and his 11-year-old brother headed into the ocean just off Riverside Boulevard. The kids, who live in Hempstead, took the bus to beach alone without their parents.

The pair got into trouble and became separated. The older sibling watched his younger brother go under.

That is when he managed to swim back to shore and frantically cried for help. Witnesses said the 11-year-old was screaming so hard he couldn't even talk.

Officials say there were no lifeguards on duty the time and there are signs posted warning of danger.

Their desperate mother was at the beach Wednesday, finding only anguish as she watched the relentless search come up empty.

"No parent wants to be left without closure. And me finding my son is closure," McRae said. "Until then, I'll be here every day looking for my son."