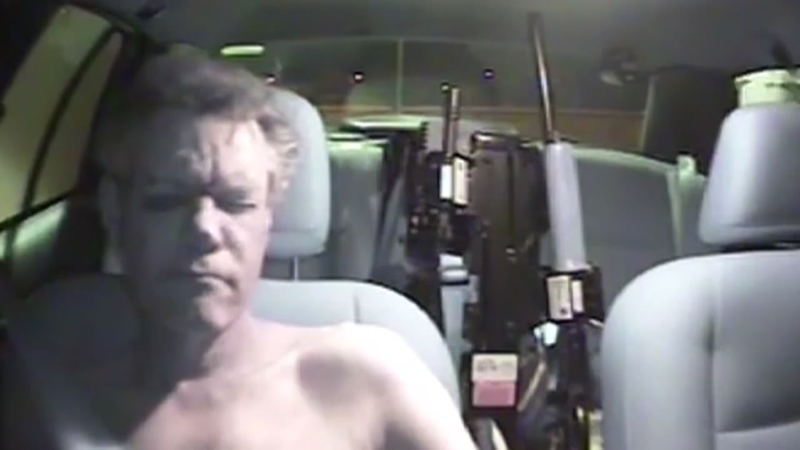 "I want to prepare you for something," a trooper is heard saying in the video. "The naked man sitting in the back of the truck is Randy Travis."

The dash cam video shows the singer naked and being arrested for drunk driving after he crashed his car and became belligerent.

"Take me home," Travis said in the video.

"Ok, we're going to take you home," the trooper said.

Travis declined when the paramedics offered to take him to the hospital.

On the way to jail, Travis gave the trooper a piece of his mind.

"I pray to God that he will have a cancerous growth that infects his bones and every part of his body," Travis told the trooper.

"Was that directed towards me, Mr. Travis?" the trooper asked.

Troopers said his blood alcohol was twice the legal limit.

Travis filed a lawsuit in September to block the video from being released but a judge ruled the video did not violate his right to privacy.

In that lawsuit, Travis claimed that he got drunk and naked because he was worn out from his busy concert schedule.

The singer was sentenced to probation and rehab for the crash.
EMBED More News Videos

North Texas officials have released video of the arrest of country singer Randy Travis in 2012.