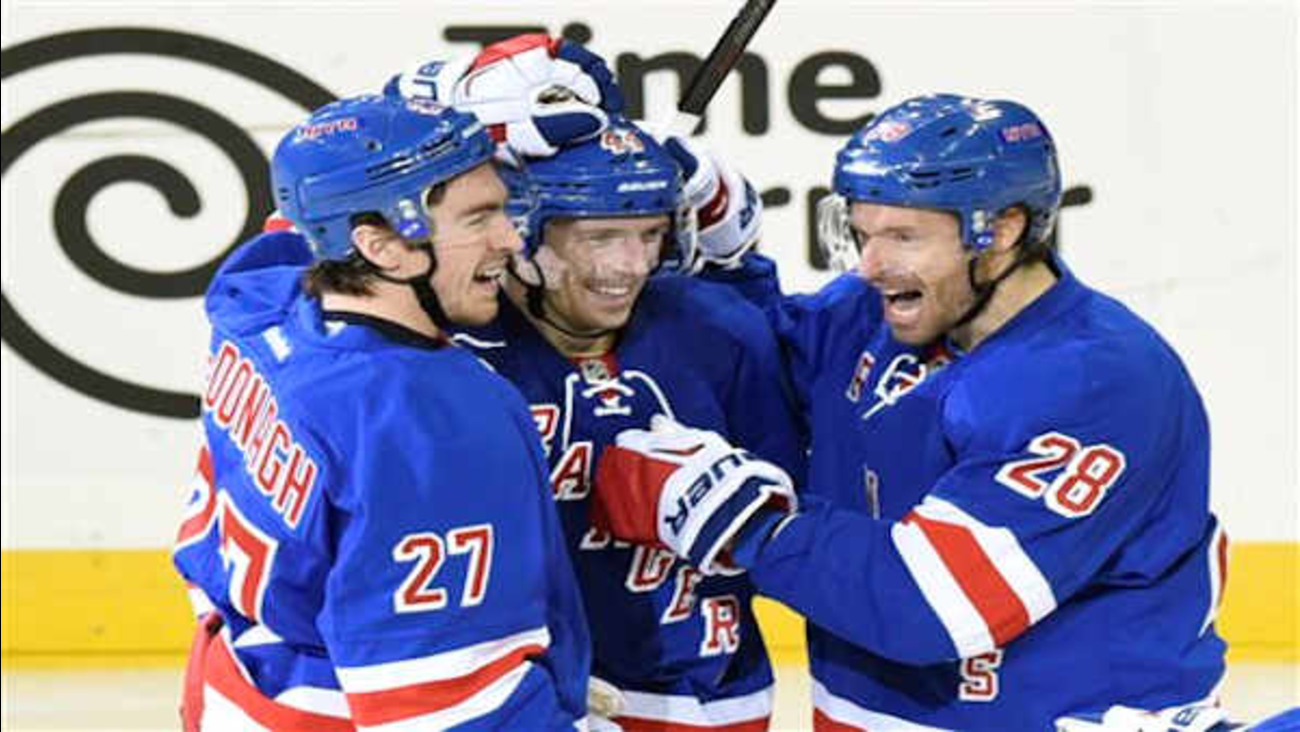 NEW YORK -- Cam Talbot made 38 saves and the streaking New York Rangers beat the Florida Panthers 2-1 on Sunday for their 14th victory in 17 games.

The Panthers, who began the day six points out of a playoff spot, lost in regulation for the first time in five games. Brandon Pirri scored his 15th goal, and Dan Ellis made 32 saves.

Despite a disjointed first period, New York led 1-0 at the start of the second due to Sheppard's sixth goal of the season - his first with the Rangers - and Talbot's diving save on Jussi Jokinen with 49.6 seconds left.