Rangers get back to winning ways, beat Panthers 5-2 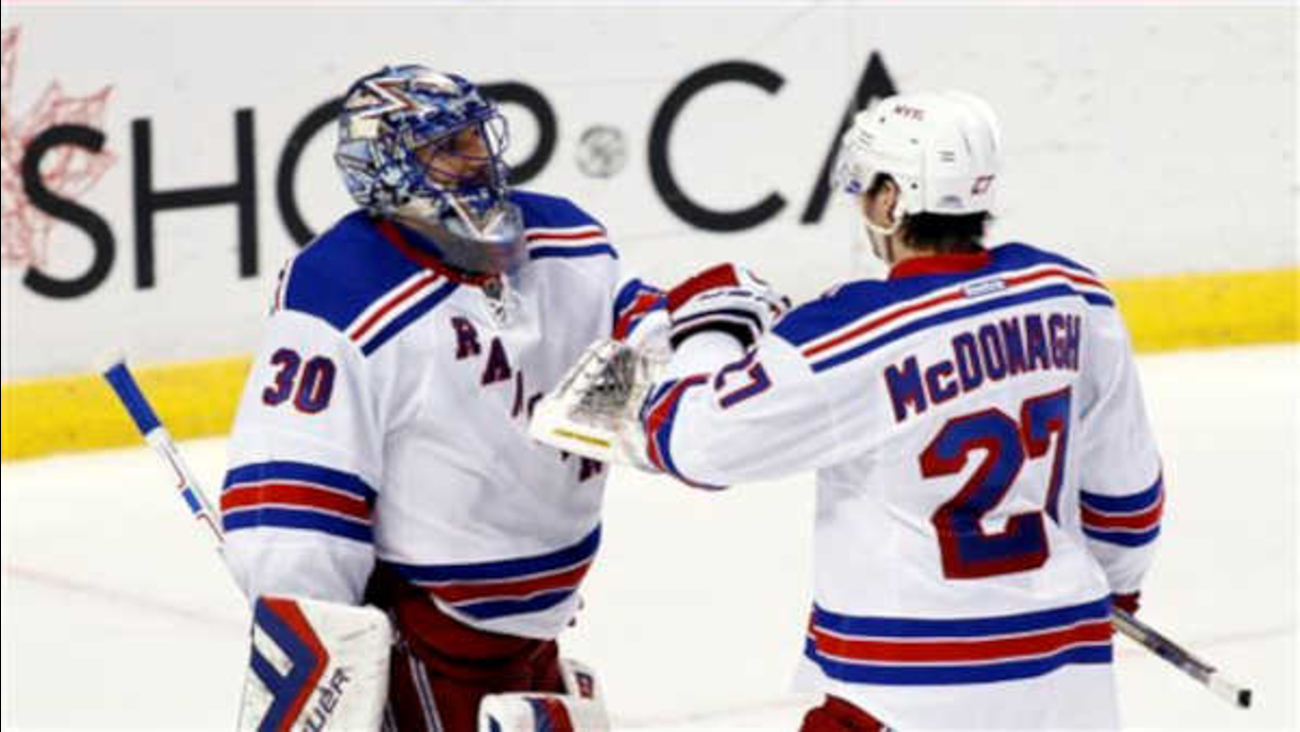 SUNRISE, Fla. -- Ryan McDonagh, Chris Kreider and Martin St. Louis had a goal and an assist each, and the New York Rangers got back to their winning ways with a 5-2 victory over the Florida Panthers on Wednesday night.

The Rangers won their first game after having an eight-game winning streak snapped at Dallas on Monday. It was the longest run in 40 years for New York (20-11-4), which went 9-3 in December.

New York dominated play from the outset against Florida, which played for the second straight. The Panthers were outshot 24-12 through the first two periods and 34-21 overall.

The Rangers are 16-0-1 when they allow two goals or fewer.

Florida (16-10-9) tied its franchise record with 17 points in December. The Panthers, who lost to Montreal 2-1 in a shootout on Tuesday, went 2-1-1 on their traditional holiday homestand.

Al Montoya made big stops in the first period on Kreider on a breakaway, J.T. Miller on a rebound and Mats Zuccarello on a slap shot with traffic in front before Kreider scored his sixth goal at 16:42.

The Rangers struck quickly in the second when Brassard put in a rebound off a shot by McDonagh from the left circle at 1:29. It was Brassard's ninth goal and first since he netted a pair against Philadelphia on Nov. 29.

McDonagh made it 3-0 by keeping in a clearing attempt with his foot. He then zipped a slap shot past Montoya at 14:48 for a power-play tally - his third goal this season.

Fleischmann took a long stretch pass from Jonathan Huberdeau and beat Lundqvist on the stick side with 3:22 left in the second for his fourth goal to make it 3-1.

Hayes brought the Panthers within a goal at 7:39, scoring his 11th.

Moore scored after St. Louis was stopped by Montoya on a breakaway. Moore put back the shot at 15:35 for his second goal.

NOTES: Florida signed returning top scorer Nick Bjugstad to a six-year, $24.6 million contract extension. ... Rangers D Kevin Klein's assist in the first period was his 100th career point. ... Florida's Jimmy Hayes and younger brother Kevin, a Rangers forward, faced each other professionally for the first time. The Boston natives were teammates at Boston College for one year and played together for Team USA at the 2014 IIHF World Championship.