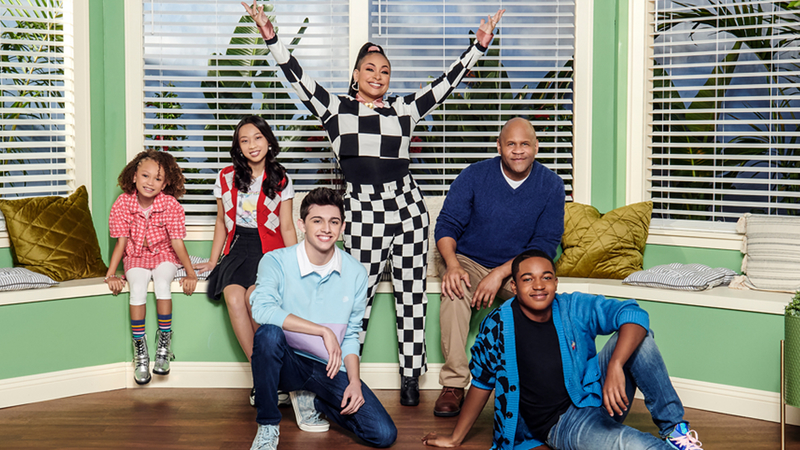 Stars talk about big changes for season 5 of 'Raven's Home'

NEW YORK -- "Raven's Home" is back for season 5 on Disney Channel, and you might notice that it might feel like a reboot of "That's So Raven."

Raven Baxter and her son Booker are moving back to San Francisco to help take care of her dad, Victor Baxter, after he suffers a minor heart attack.

Booker's twin Nia is staying back in Chicago along with much of the original "Raven's Home" cast.

"We do have a very diverse cast and it shines a light on our writers as well and our crew members who are very much all in there, but it's fun to be able to come back," Raven-Symoné said.

Now, there's a new slate of friends and family, along with some "That's So Raven" favorites like Rondell Sheridan as Raven's father.

"Coming back and working with Ray (Raven), we have such a shorthand that sometimes I forget about it until it happens and then it's like Jordan and Scottie Pippen," Sheridan said.

In season 5, Raven finds herself taking care of her father, raising her young cousin, and trying to settle into life in her old hometown.

"We still have that 'Raven's Home' energy," said Issac Ryan Brown, "Booker." "We are still all about family, all about love, all about protecting one another, but you know with a little bit of nostalgia. We're back in San Francisco and we have some new characters to help us elevate."

Of course, Raven and Booker both continue to have glimpses of the future! As the new kid at Raven's old high school, Booker has to keep his visions a secret from a new group of friends.