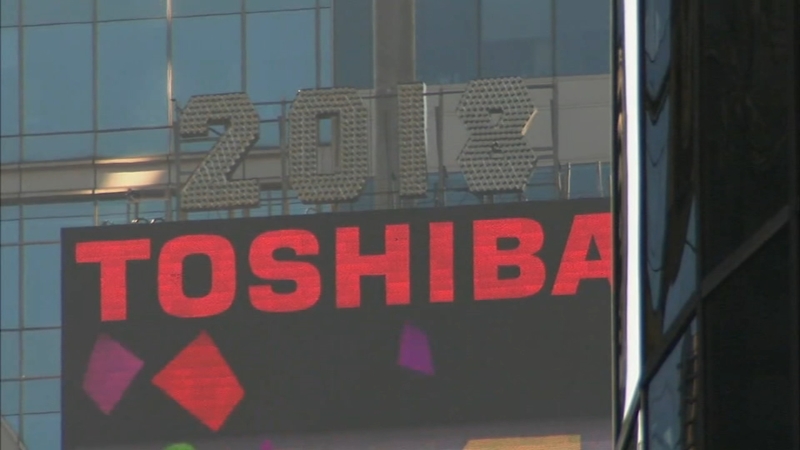 TIMES SQUARE, Manhattan (WABC) -- Concerns about a potential terrorist attack in New York City over the New Year's Eve weekend haven't deterred millions of tourists from traveling to New York to watch the countdown and ball drop in person.

NYC & Company estimates 6 million tourists will visit the city over the holiday season, a 10-percent increase over last year.

The Hotel Association of NYC also said hotel occupancy was at 89 percent, what it called "an improvement."

"When you come to the US, you have to see Washington and New York," said Rita Aissiwespi, who was showing family from Algeria around Times Square.

While tourists said the two recent terror attacks in New York City in as many months -- one in early December in a subway passageway and another on Halloween along a Lower Manhattan bike path -- did not scare them away from the city, they did say the incidents have them being cautious.

"It's definitely kind of scary and we are sticking together," said Terri Ensenat, who is visiting New York from North Carolina with her family. "But no, you just kind of put it in the back of your mind and go on with it."

"There seems to be a lot of police presence," said Mikki Lewis, who is visiting with family from Georgia. "I just saw a bunch. So, I feel very secure."

Preparations for the annual celebration have already begun. A new "2018 sign" sits proudly above the Times Square pedestrian promenade, and cranes, risers, barricades and storage pods have been moved into place.

Law enforcement is also out in increased numbers and on high alert.

A recent multi-agency law enforcement threat assessment expressed concerns that terrorists both international and domestic could target the celebration in Times Square.

Police are responding accordingly, promising more security than in years past, an increase in garage closures, street closures, and additional check points.

Backpacks, large bags and umbrellas have been banned from the Times Square festivities.

Armed officers, as well as undercover police, will be strategically positioned in and around Times Square accounting for potential terror threats as well as mass shooting attempts like the one on a Las Vegas concert in October.

"We constantly monitor the threat stream. This is something we have been doing for a while," said NYPD Commissioner James O'Neill during a holiday media event. "Of course, everyone is of particular concern being what happened in the subway about a week and a half ago, but the NYPD always does its best to protect the people of this city."