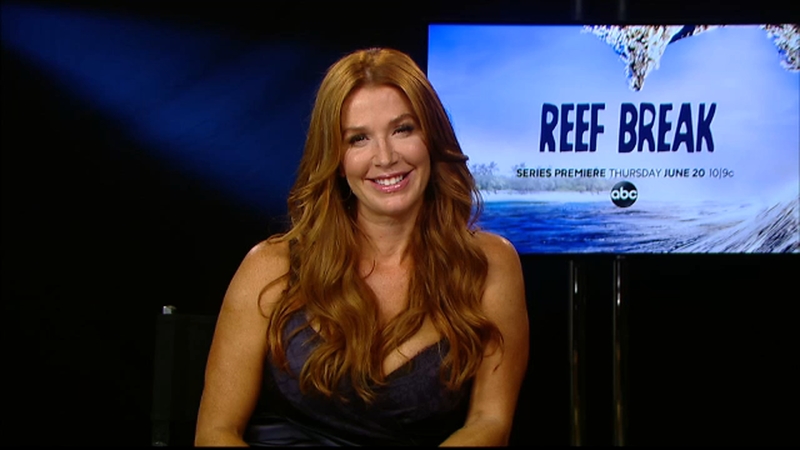 NEW YORK -- If you want an action-packed summer drama, look no further than Reef Break on ABC.

Cat Chambers drives jet skis, is a professional surfer, and can figure nearly anything out. The show tackles a new case each week.

"I wanted to live vicariously through her," Montgomery said. "So, all of the things that I always wanted to be she kind of is."

But, it's the on-again-off-again romances and even a love triangle that weave this series together.

"I don't think I've ever seen a woman on television, certainly not network television, who surfs, and skateboards, and drives Miami Vice-style boats fast," Montgomery said. "I don't know that I can recall any show where I've seen a girl do that."

Tonight, Cat returns to The Reef, a Pacific island, where she finds herself in the middle of a kidnapping when the daughter of a prominent resident goes missing.

Don't miss the series premiere of "Reef Break," tonight at 10 p.m. EDT on The ABC Television Network, streaming and on demand.