NEW YORK (WABC) -- Pope pandemonium is just days away and traffic is expected to be a nightmare, but will mass transit be any better?

There was really nothing out of the ordinary about Monday evening's commute at 34th and Seventh Ave.

It wasn't a holiday or a gridlock alert day.

For the thousands of commuters running a gauntlet of thousands just like them on their rush home, for them it really was just Monday. Just wait until Friday.

On Friday at 6 p.m. Pope Francis will celebrate mass with nearly 20,000 people at Madison Square Garden.

All day the NYPD will freeze the streets throughout the neighborhood.

Police say commuters will still be able to get underground at the Seventh Avenue entrance, although while city officials are urging the use of mass transit, Monday Mayor de Blasio also offered this advice: "If someone has the option to stay home, work from home, that's a great choice too."

That's similar to what he said while preparing for a blizzard back in January.

In fact, this is the calm before a different kind of storm.

"Frozen Zones" this week are so much worse.

Take the question of crosstown traffic, with so many problem spots in Midtown, it's not like you can divert north to go through the park.

Friday's papal mass there will close nearly every acre from 79th Street south. That means traffic will crawl to the transverses at 86th and 96th.

But back in Midtown, seasoned commuters really didn't know what they'll do. 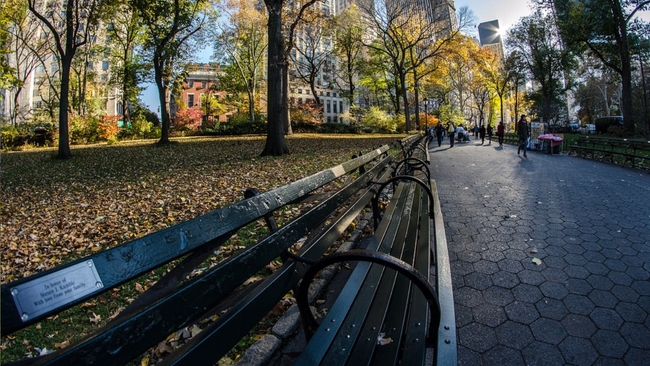