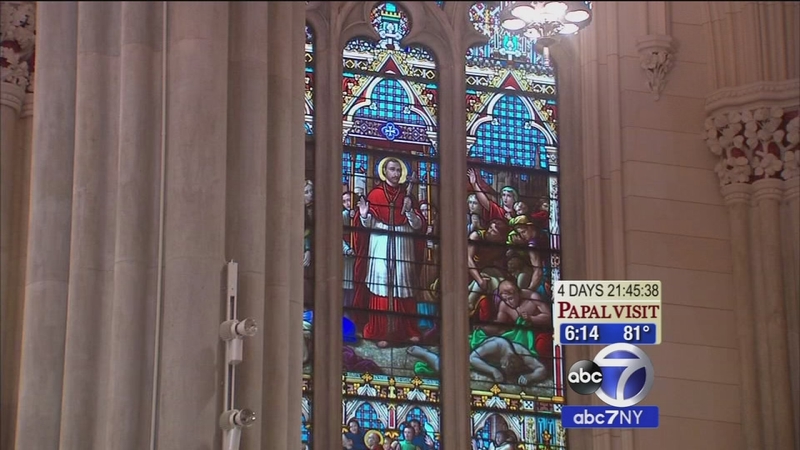 That's because a small army of workers has been working around the clock inside the cathedral, determined to meet a very important deadline, the arrival of the pope.

"By the time of the Holy Father's visit, he'll be able to hear them in all their glory," said Monsignor Ritchie, talking about all of the nearly 9,000 pipes which make up the great organ.

Each has been removed, cleaned and replaced. It's all part of a roughly $177 million renovation, an extensive sprucing up of the historic landmark.

We dropped by in early August.

"We replaced all of the mortar from the top of the steeples 330 feet above Fifth Avenue, all the way down to the ground," said Msgr. Ritchie.

This project is the most ambitious ever. Most of the work was slated to wrap up in December.

But once Pope Francis confirmed he'd be stopping by in September, things kicked into high gear.

From painting to polishing..restoring and replacing the countless rows of pews and kneelers.

"I knew what was underneath everything but I was happy to see when they finally got it cleaned and painted, how bright everything is and how full of life the whole building is," said Msgr. Ritchie.

Workers found a bottle of champagne in a box, tucked away in the ceiling.

Written on it, the names of the workers from the early 70's who consider it a privilege to be here.

Monsignor Ritchie tells me the tradition will continue.

"We're putting in a bottle of brandy instead of champagne because the brandy won't go bad," he said.