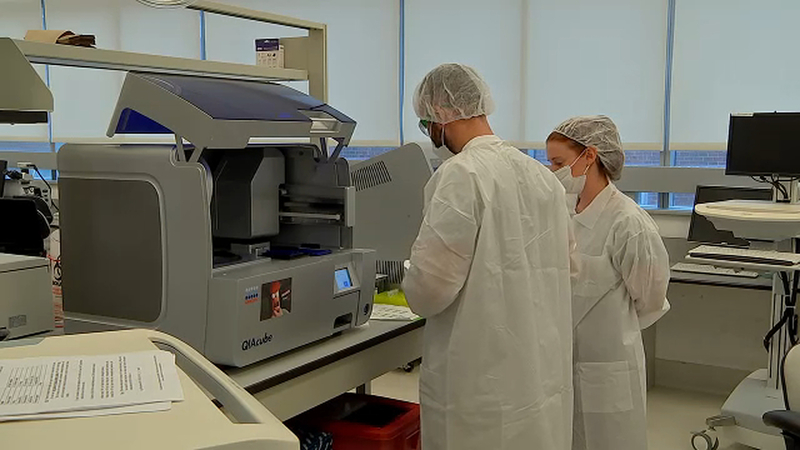 KIPS BAY, Manhattan (WABC) -- In the most sophisticated crime lab in North America, one of history's greatest forensic investigations continues to unfold.

After nearly twenty years, scientists are still identifying the remains of the victims of 9/11.

"There are people out there that still want answers. They still want results," said Mark Desire of the New York City Office of the Chief Medical Examiner.

Desire is the assistant director of the medical examiner's Department of Forensic Biology. His staff has provided answers to hundreds of families who lost relatives in the World Trade Center.

"It is very emotional," said Desire. "All these years later, the thank yous and the hugging and the crying. 18 years later, the commitment of this agency to make notifications is as great today, as it was in 2001."

Of the 2,753 confirmed deaths in New York City, 60% have been identified through DNA testing. Nearly 22,000 human remains were recovered but over 7,000 samples have yet to be identified.

Thanks to emerging technology, scientists have identified 152 samples just this year. Most of them, from victims who have already been identified.

But testing on two samples led to new identifications. It's those discoveries that keep them going, eighteen years after 9/11.

It's a painstaking process that can take up to three days. And now a new generation of scientists is testing the DNA profiles.

Veronica Cano was in high school on September 11th, 2001.

"I have the privilege to meet with the families sometimes, and I can see in their faces that they are grateful," said Cano. "We know that our work means something to someone. So we are very passionate about what we do and we keep trying and trying."