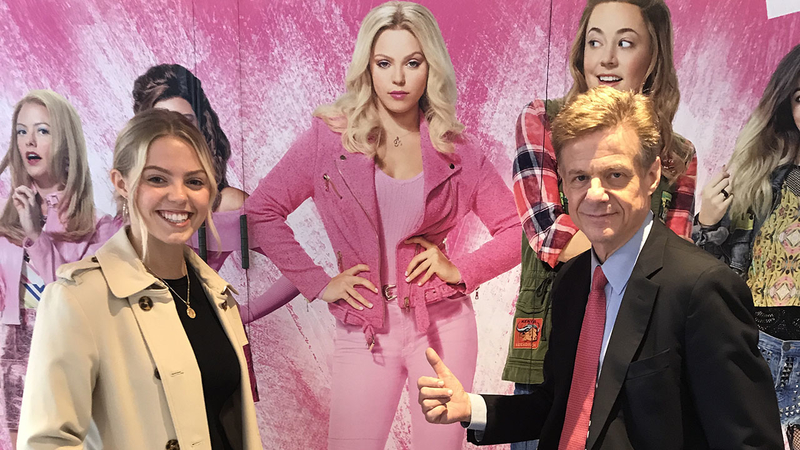 NEW YORK CITY (WABC) -- Broadway beckoned, and the musical created from the hit movie is still packing them in more than 18 months later. Renee Rapp has recently taken over the role of Regina George, who fans of the show know as the queen of the "Mean Girls."

There is nothing more exciting than watching a star emerge to take her place in the pantheon, and when the performer is a teenager like Rapp, it's even more magical.

"I cannot believe that I am standing on a table in front of a Broadway audience," she said.

She's less than two years out of high school and is already head of the "Mean Girls" group, but in person, Rapp isn't mean at all.

"I don't think it's hit me yet," she said. "I'm sitting here talking to you and thinking, 'This is pretty cool.' It just feels like way too lucky to be real."

Actually, she made her own luck -- by entering and winning at The Jimmy Awards, a competition for high school performers.

When Rapp won for Best Performance by an Actress, beating the best high school performers from around the country, Broadway star Laura Benanti offered lofty praise to the crowd.

"I will never be as confident as she is now, as a teenager!"," she said.

The other winner in 2018 was Andrew Barth Feldman, who is currently starring in "Dear Evan Hansen." The two spoke just the other day, and Rapp recounted their conversation.

Oh, it's real alright, and seeing her life size on a wall outside the theater makes it so. She took a photo of it and sent it off to her parents.

"Because their reaction made me even more happy than mine could've ever have been," she said.

Her folks agreed to let their daughter forego college for one year to try and get a job on Broadway, which is where she gets her education now.

"You know, I might not be in college, but I learn just as much now just from watching them and getting to act with actors of this caliber every night," she said.

"Mean Girls" is staged at the August Wilson Theatre. CLICK HERE for more information about the show.