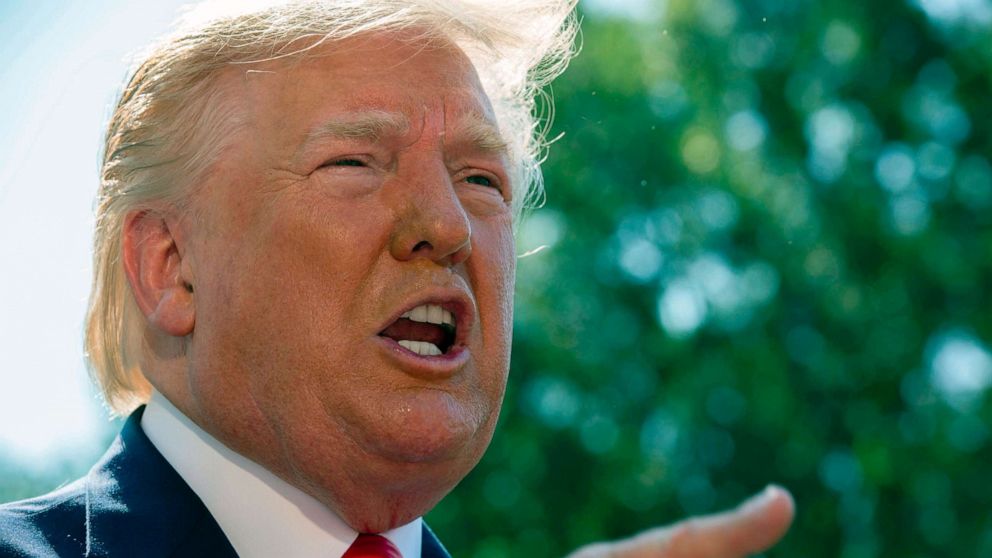 Trump lashed out at Ocasio-Cortez for her recent remarks responding to Pelosi's criticism of the "Squad" -- the group of four freshman including Ocasio-Cortex and Omar. She had said Pelosi was "singling out" Democratic women of color for criticism, calling it "disrespectful."

"I think Cortez is being very disrespectful to somebody who's been there a long time," Trump said to reporters as he left the White House for fundraisers in Wisconsin and Ohio. I deal with Nancy Pelosi a lot and we go back and forth and it's fine, but I think that a group of people is being very disrespectful to her. And you know what, I don't think that Nancy can let that go on."

Ocasio-Cortez told CNN Thursday that Pelosi is "absolutely" not a racist.

The president was also critical of Omar saying that he doesn't believe she should be in office.

"I'm looking at this Omar from Minnesota and If one-half of the things they're saying about her are true, she shouldn't be in office."

Omar fired back at the president tweeting that, "If one-tenth of what they say about you is true, you shouldn't be in office... next"

Both of the freshman Democrats have been extremely critical of the Trump administration since taking office. Shortly before the President's remarks, Ocasio-Cortez criticized the president's administration in testimony in front of the House Oversight Committee's hearing on border security and the current family separation policy.

Trump on Friday also claimed that Ocasio-Cortez has lied when she said a women at a border facility she visited had claimed a guard had told her to drink water out of a toilet bowl.

Ocasio-Cortez insisted under oath Friday that the account was true.

Trump not only took aim at Ocasio and Omar, but at what has come to be known as a "squad" of progressive freshman women of color which includes both Ocasio and Omar along with Reps. Rashida Tlaib, D-Mich, and Ayanna Pressley, D-Mass, saying that they are a group of people that he doesn't "know where they came from."
Report a correction or typo
Related topics:
abc newsnational
Copyright © 2021 ABC News Internet Ventures.
More Videos
From CNN Newsource affiliates
TOP STORIES