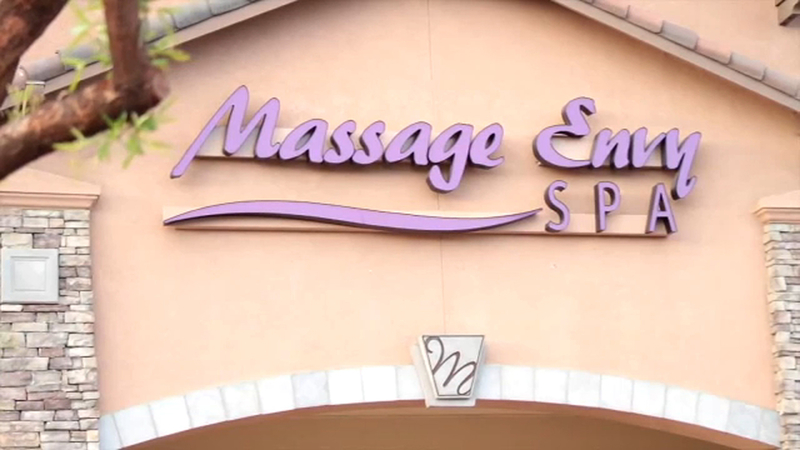 NEW YORK (WABC) -- There are reports of dozens of sexual assaults at the popular spa chain Massage Envy.

Buzzfeed reports more than 180 women have made accusations of sexual assault against workers at locations across the country.

Massage Envy says it has worked hard to create a stronger policy in its hiring, but is not liable for sexual assaults because the spas are franchisees.

There are close to 1,200 of the spas nationwide with at least 20,000 massage therapists.

She said she was assaulted in 2016 during her 7th massage with therapist James Deiter.

As part of her lawsuit, Ingram alleges she called the salon after the incident once she got home and then learned Deiter was with another client but that the salon refused to interrupt the session.

"I said please go down the hall, knock on that door, get that woman away from him. She said 'I can't do that'", said Ingram.

Deiter is now in jail after pleading guilty to assaulting nine women while working at Massage Envy. Ingram alleges she was put at risk because she alleges Massage Envy knew of at least one incident prior to her alleged assault.

A statement from Massage Envy's corporate office reads in part: "The article references 180 reported incidents. These occurred over a span of 15-plus years and 125 million massages. But, we believe that even ONE incident is too many so we are constantly listening, learning, and evaluating how we can continue to strengthen our policies with respect to handling of these issues."

A bill that would require massage facilities to report sex assaults to police is now before Congress.