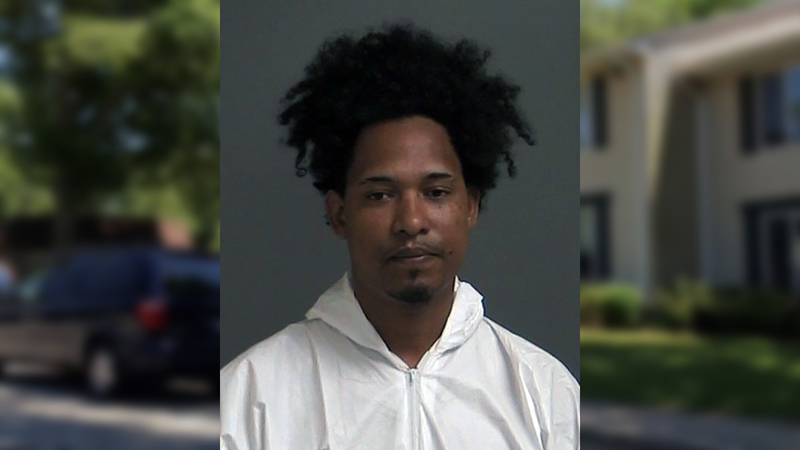 Suffolk County police officers responded to an apartment complex on Country Club Drive in Coram after the teen reported she had been sexually assaulted by a man inside an apartment at the complex at approximately noon on June 26.

Authorities say the teen, whose name is not being released due to the nature of the crime, had no prior relationship with Gurdon.

Suffolk police Chief of Detectives Gerard Gigante said the suspect is a naturalized US citizen from Jamaica who has lived in the US for 10 years and has no prior arrests.

He said the victim was walking through the Fairfield Courtyard complex from a relative's apartment, alone, to see some friends when she saw a man standing in the doorway of a unit she was passing.

He allegedly engaged her in conversation, and the incident proceeded from there.

"Gurdon and the girl ended up in the apartment, where he sexually assaulted and raped the girl against her will," Gigante said.

Gurdon was later arrested elsewhere. He had been living in the complex with a friend.

The child was examined at a nearby hospital and was not otherwise injured. No weapon was used.

Police are praising the girl for remaining calm and assisting in the investigation.

"It's very traumatizing," Gigante said. "No one's programmed or taught how to act or react in these situations. She did a good job, not only in how she handled herself, but also in explaining what happened to us."

He said the girl lives elsewhere and was visiting a relative in the complex at the time of the incident.

Police are reluctant to use the term "lured" in describing how she ended up in the apartment, and they are not ruling out the theory that she may have been dragged inside.

They are urging any witnesses to come forward.