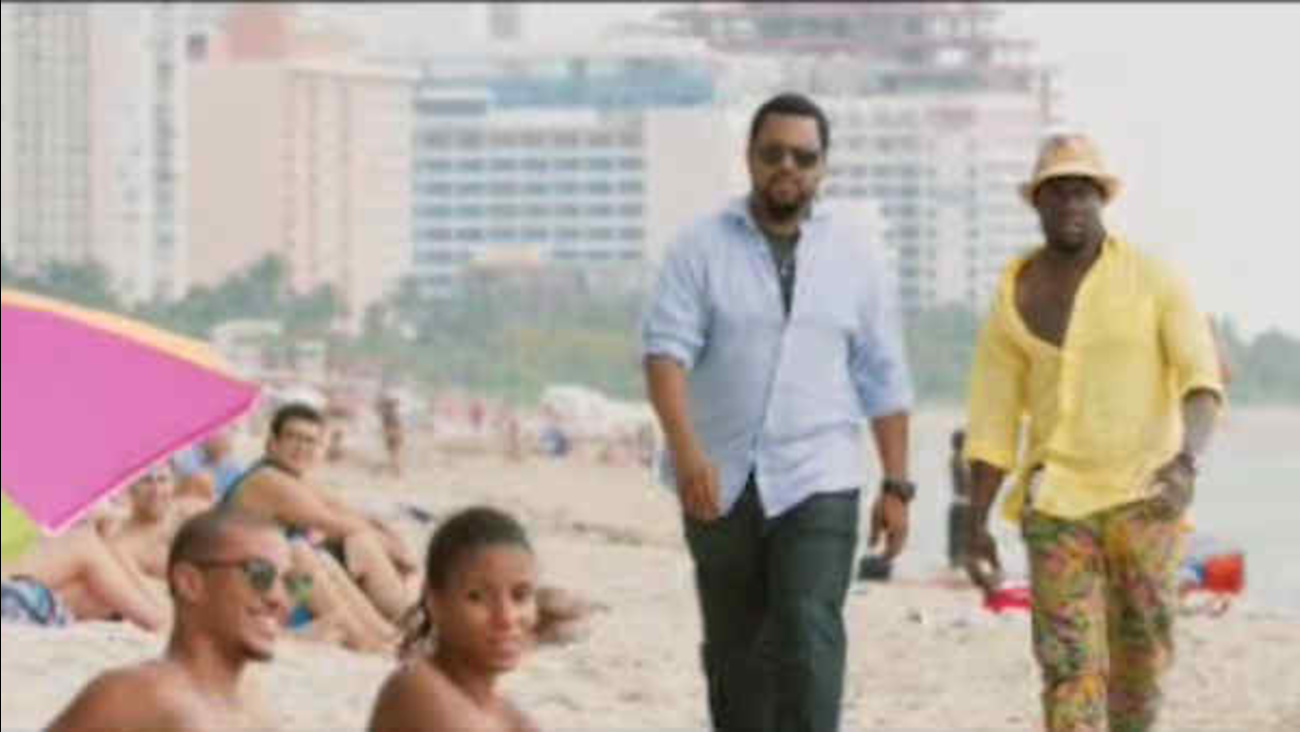 NEW YORK (WABC) -- Kevin Hart and Ice Cube are back on the big screen this weekend in the sequel to a movie that may have brought laughs, but not garner a lot of rave reviews.

So is Ride Along 2 worth your money?

It's being called "witless" and worse by critics, but it's just fun to watch these guys in action together. Hart and Cube have such great chemistry that the the plot takes a back seat to the banter.

If you saw the first Ride Along, then you know just what to expect, although this time the Atlanta detective played by Cube is sent to investigate a crime in Miami. But that is merely an excuse to show off some of the city's trademark glitz and glamour.

Hart co-stars as a rookie cop still on probation who is about to marry Cube's sister, and planning his wedding with the help of Sherri Shepherd's character is good for a few laughs.

Hart's character says so much so often that it's easy to agree with his future brother-in-law.

"If you say that one more time, Imma shoot you in the face," Cube's character tells him at one point.

Benjamin Bratt has a thankless role as a stock bad guy, and his henchman is a hacker played by Ken Jeong from ABC's "Dr. Ken" who the guys convince to switch sides.

Ride Along 2 wears out its welcome before the end, but after watching so many serious Oscar contenders, the film offers a chance to indulge your inner teenager.