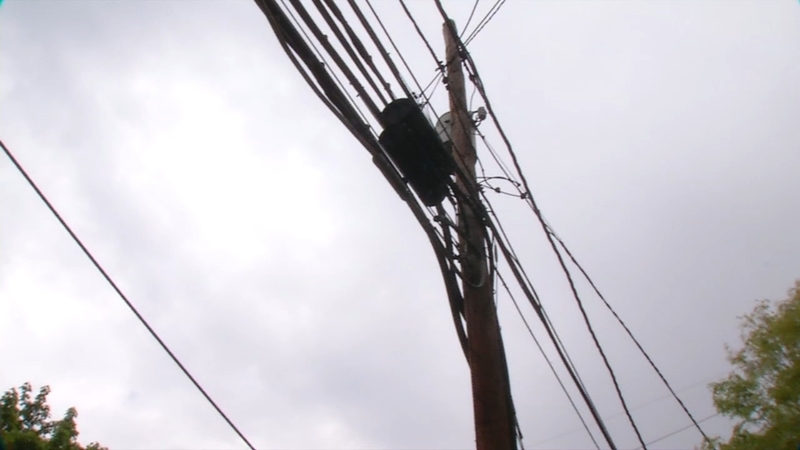 RIDGEWOOD, New Jersey (WABC) -- Police in New Jersey say a woman got angry at a cable TV worker and left her stranded in the air.

Police say the dispute started in Ridgewood on Monday between a woman and an Optimum employee.

59-year-old Elena Gerlihman is accused of turning off the worker's truck while she was in the lift, leaving her stuck in midair.

Gerlihman will be headed to court later this month after she was arrested on several charges, including harassment, false imprisonment, disorderly conduct and criminal trespassing.

Police say an Optimum cable worker was high in the bucket, working on the lines at East Ridgewood Avenue and South Pleasant Avenue when she called police saying Gerlihman came from her home, began arguing, then took the keys from the truck which left the worker suspended in the air up in the bucket with no way to lower it.

Gerlihman denied she pulled the keys out. "She made the story..talk to her," said Gerlihman.

A local business owner claimed that a little more than two years ago Gerlihman pulled a similar tactic on a delivery truck driver, swiping the keys from his idling vehicle. The store called police.

Gerlihman lives directly across from a couple of businesses that often receive deliveries. The store clerk says she's complained about trucks left idling. "I have no idea about truck at all," she said.

As for the Optimum worker left suspended in the bucket, Optimum's parent company Altice said in a statement, "It is incredibly unfortunate that an individual would try to harm one of our employees while on the job."

It goes on to say, "We are pleased our employee was not harmed as a result of this incident."

But Gerlihman maintains it didn't happen.