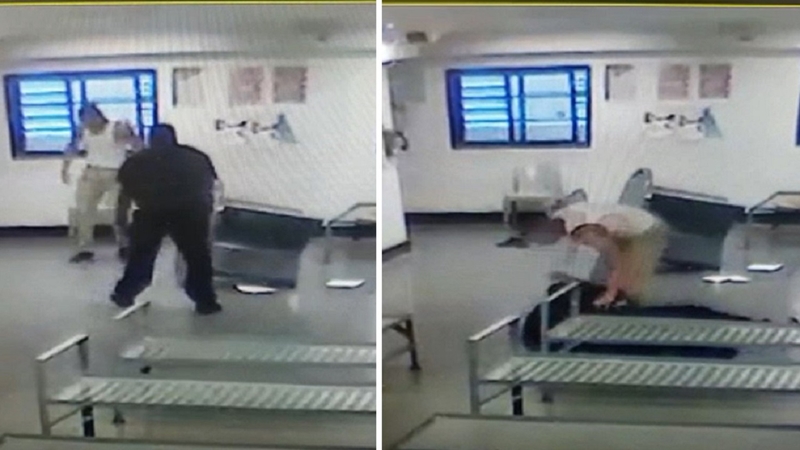 RIKERS ISLAND, New York (WABC) -- A fight broke out between a correction officer and an inmate at Rikers Island,

The brawl went on for a minute without interruption.

The inmate pulled the correction officer to the floor, and repeatedly punched him in the face.

Other inmates were in the area but did not get involved.

Despite the brutality of the incident, the officer was not seriously hurt.

The correction officers' union says officers are outnumbered, and the fight is a reminder of why that needs to change.