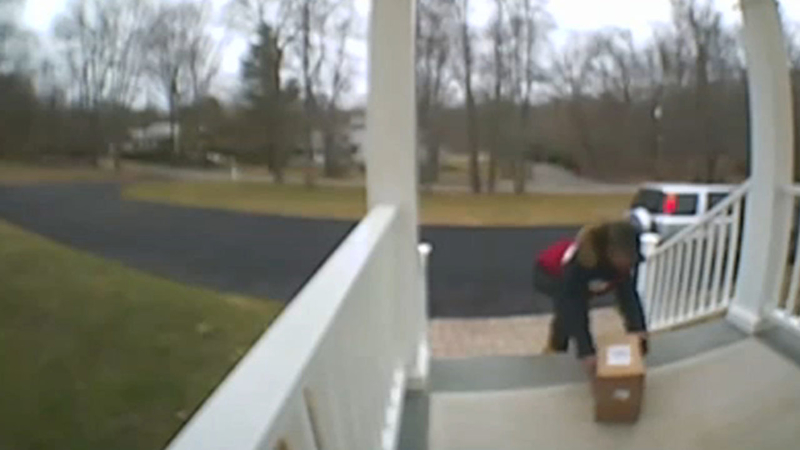 LONG HILL TOWNSHIP, New Jersey (WABC) -- In the age of social media, it has become commonplace to post just about everything online, and that has become even more true when people see crimes being committed.

Such is the case in New Jersey when a resident immediately posted a video of a package theft on a Long Hill Township forum rather than contacting the police.

The Ring video shows a man caught in broad daylight stealing a package from a porch containing a $700 iPhone.

"It would be impossible for police to monitor everybody's Facebook page," said Lt. James Marczewski, of the Long Hill Township Police Department. "That seems to be the norm now where people are taking to Facebook or social forms to post information rather than call the police department."

Facebook posts like on that was posted to a private Facebook community group about a suspicious car parked in the driveway of a home, saying that it is "nothing sufficient enough to call the police about," but authorities say it is.

"The difference is catching the bad guys, or us just documenting the incident that occurred," Marczewski said.

Police said they didn't get a 911 call about the stolen package incident until 40 minutes later, in which case they might've been able to make an arrest, especially since the police department is just a half-mile away.

Last June, Long Hill Township police were able to quickly arrest six suspects and solved a string of crimes when a homeowner was alerted by their ring camera and called police first.

"If they were to call 911, and advise us the incident, and then they wanted to post something on social media, they do that if they wish," Marczewski said.