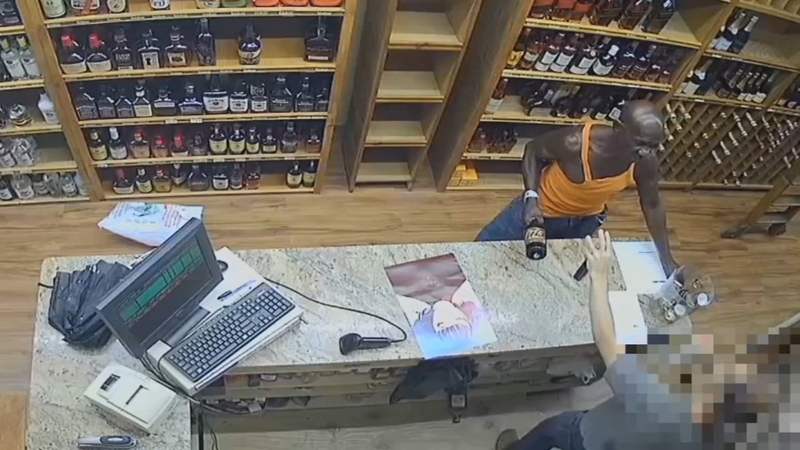 Exclusive: Victim speaks after being attacked with bottles

LOWER EAST SIDE, Manhattan (WABC) -- Authorities say a suspect is in custody after a man was caught on camera committing two violent robberies on the same day in Manhattan.

The first incident happened inside Seward Park Liquors on Ludlow Street on the Lower East Side around 12:45 p.m. Sunday.

"He says give me the money from the register or I'll kill you," said the man who was behind the counter, talking exclusively with Eyewitness News.

Police say Rickey Hayes told the victim to hand over cash from the register. He refused, and that's when the suspect lashed out, using a glass wine bottle as a weapon.

We spoke by phone with the 41-year-old employee, who asked that we not use his name.

"I ducked away from his swing, and by then, it was get going," he said.

He ran from his attacker, who then pummeled him with more glass bottles.

"I didn't have anything to fend him off with or protect myself except bare hands at the time," the victim said.

His father, John DeBlasio, is the owner of the business and spoke about the attack on his son.

As the employee ran out of the store, the suspect opened the register and took off with $200 in cash.

A little over an hour later, police say the same suspect entered Reno Fashion on LaGuardia Place in Greenwich Village. There, he is accused of assaulting two employees, a 66-year-old man and an 88-year-old woman.

The suspect allegedly punched and kicked both employees, striking the male employee on the head with several glass jars and a large ceramic pot. He then attempted to take money from the register before running away.

Both victims suffered numerous cuts to their heads and were taken to Bellevue Hospital in serious but stable condition.