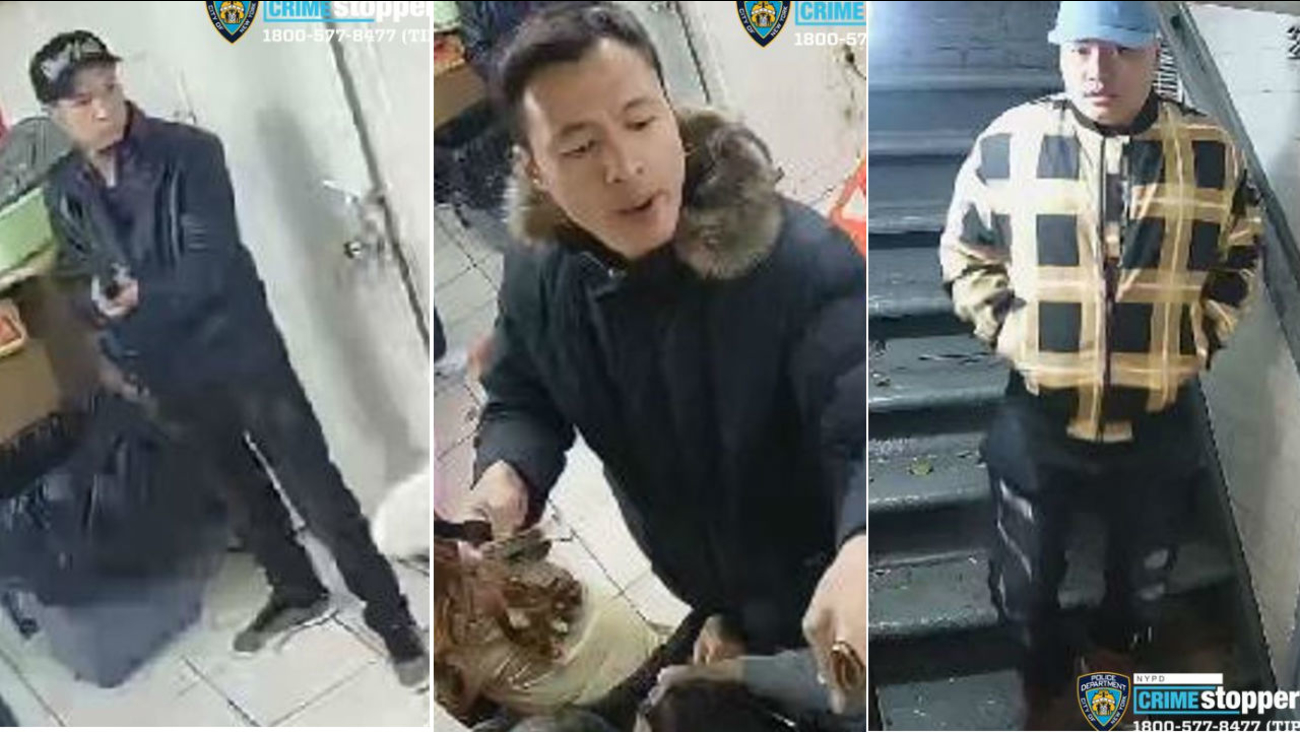 LOWER EAST SIDE, New York (WABC) -- An undetermined sum of cash and jewelry is now missing after 11 victims were forced to the ground during a robbery in the basement of a deli on Thanksgiving Day.

The incident happened Thursday afternoon on 67 Eldridge Street in the Lower East Side.

Police say that three unidentified men entered the basement below the deli Two of the suspects produced a gun, while the third produced a knife.

The robbers apparently ordered the victims inside to get down on the ground and demanded they hand over their cash and jewelry.

The victims complied and handed over their valuables to the men, said police.

The NYPD has identified the victims as:

One of the personal items taken is described as a gold necklace with a jade centerpiece.

There were no shots fired, and there were no injuries reported in connection with this incident.