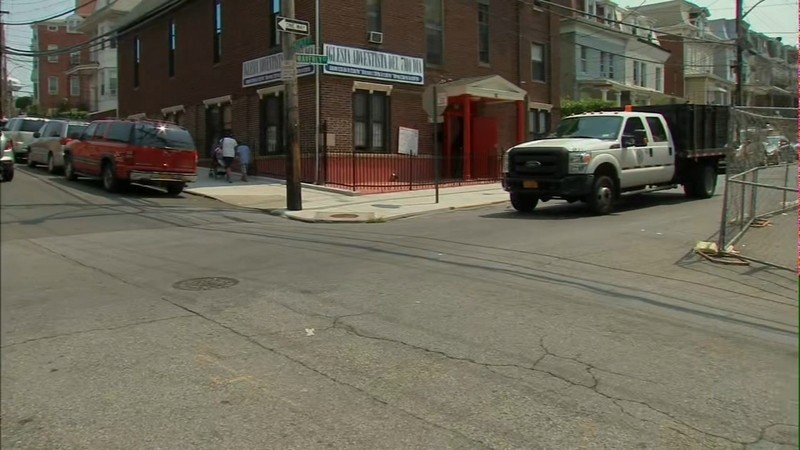 YONKERS, Westchester County (WABC) -- Turned away after they pleaded for help following a knifepoint robbery, a Yonkers man and his brother have been left shaken by the ordeal.

It all began Tuesday around 4 p.m. as three 16-year-olds left soccer practice. Suddenly they were confronted at the corner of Maple Street and Waverly Street by three would-be thieves who demanded their cell phones, wallets and backpacks.

"They just jumped in front of us. They pulled out a big kitchen knife and the other had a small kitchen knife", said one of the victims whose identity we are not revealing. "I didn't expect them to whip out knives and like try to rob us during the broad daylight," he went on to say.

Miguel Avila happened to be driving by. His younger brother was one of the three being robbed.

"They showed me the guys that were actually running away from them. They got in the car and we chased them," said Miguel.

They followed one of the thieves for several blocks up Nepperhan Avenue. Miguel got out and confronted him.

"He only ran about 10 feet and that's when he pulled out the knife," said Miguel.

He and his brother then ran into a Sunoco gas station on Yonkers Avenue and asked the clerk to call 911. "And he refused. He said you can't hide in here. Get out of my store," Miguel said.

We asked the owner Ramy Dahdal, who was not there at the time, about his clerk not calling for help.

"They were like yelling and screaming to call the police. He didn't know what was going on because they ran in here. He don't know what's going on. He got nervous himself," said Dahdal.

Miguel and his brother were able to run away to safety and later called police.

"I thought he was actually going to call, make the 911 call and help us out but he didn't and that was like actually more frightening," said Miguel.