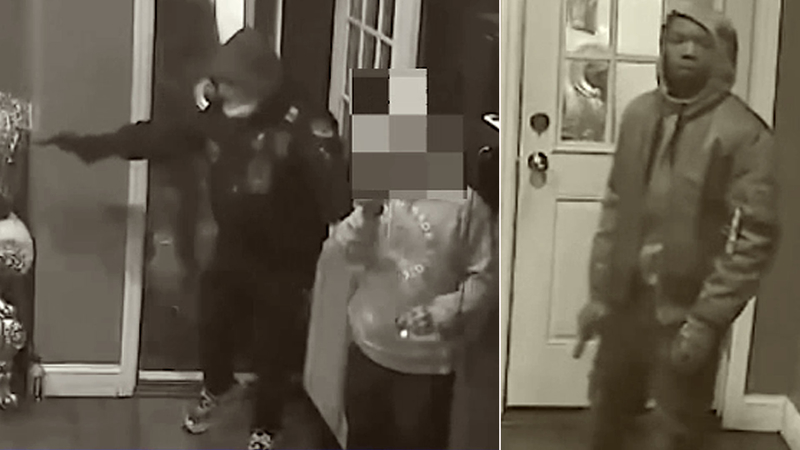 SOUNDVIEW, Bronx (WABC) -- Police are asking for the public's help solving a violent robbery at a Bronx recording studio that left an employee hospitalized.

It happened just after midnight Wednesday inside Wayne World Records on Morrison Avenue in the Soundview section and was caught on surveillance camera.

Video from inside the studio shows a masked gunman pushing the victim to the ground.

A second man with a gun leaves his face uncovered as both men rob the place of cash and electronics before running away.

As they fled, the 30-year-old robbery victim decided to get in his car and follow them.

He ended up getting shot in the shoulder. His car windshield was shattered, and the gunman got away.

The victim was hospitalized, his condition described as stable.

The recording studio is usually open 24 hours a day, but nobody answered when Eyewitness News called the studio's office Friday morning.

Neighbors said they are not surprised to see violence at the facility.

A $2500 reward is being offered for information leading to an arrest and conviction.