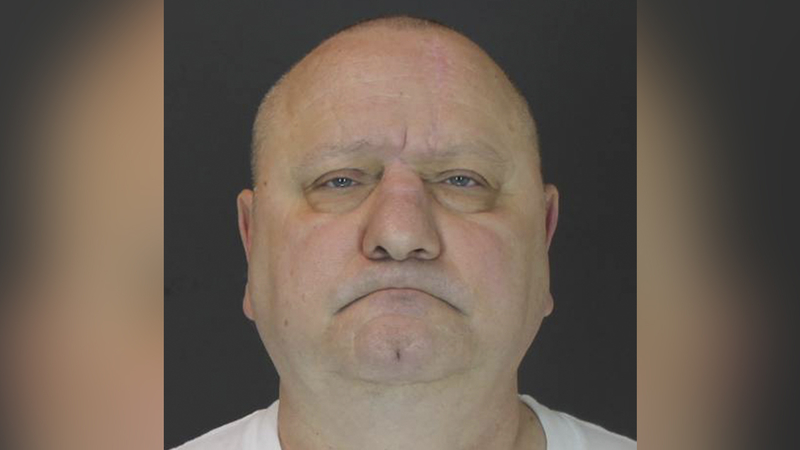 SOUTHAMPTON, Long Island (WABC) -- A correction officer in Suffolk County was arrested Friday and is facing a string of disturbing charges.

Robert Weis, 55, of Hampton Bays, is accused of sexually abusing a boy over a span of nine years.

At the time of his arrest, Southampton Town Police found three illegal handguns in Weis' home, along with 32 rifles and 50,000 rounds of ammunition and a stolen bulletproof vest.

He is facing charges of sexual contact against a child, criminal possession of a firearm, possession of stolen property and official misconduct.

"This is an individual who routinely abused his position of power, in both his official capacity as a correction officer and as an adult who was an authority figure for children," District Attorney Timothy Sini said. "He violated the trust placed in him by those close to him, both professionally and personally. At this time, we are investigating other possible instances of abuse by this defendant and believe there could be more victims."

Although some victims may be beyond the statute of limitations to prosecute, authorities are asking that any additional victims come forward.

"There are still parts of this investigation that need to be examined, such as his motive in stockpiling a large amount of armament, but most concerning to us is the possibility of other victims," Southampton Town Police Chief Steven Skrynecki said. "Because of his history, including other allegations of sexual abuse, and the fact that he had access to so many vulnerable people, it certainly gives rise to concern that this victim might not be his only victim."

Weis worked as a correction officer in Suffolk County since 1995. He is the adoptive parent of five males and has been a foster parent for approximately 15 years.

He was arrested in South Carolina in 2016 for allegedly sexually abusing a minor. Those charges are currently pending.

He is being held on $3 million bond.

Anyone who was victimized or has information regarding any alleged abuse is asked to call the Southampton Town Police Department's Detective Division at 631-702-2230.