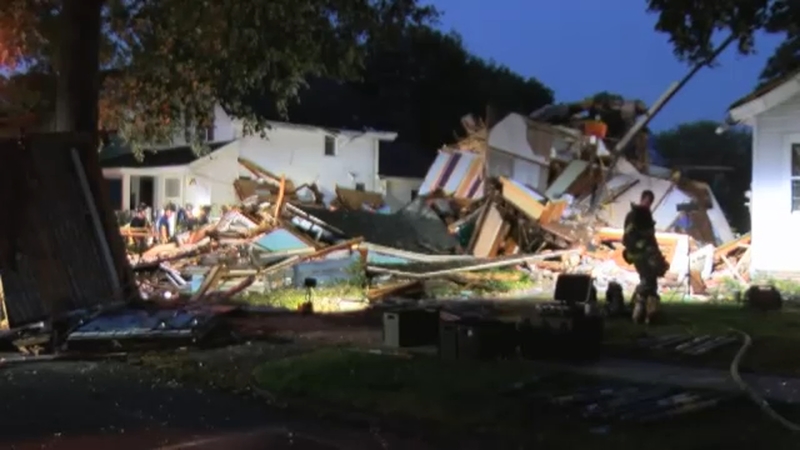 The explosion happened about 7:30 p.m. in a residential neighborhood on the city's east side.

Firefighters say they found one body in the basement and that only one person lived in the home.

They don't believe there are any other victims.

Area residents reported feeling the explosion as far as a mile away.

The cause of the blast is under investigation. Jackson said a Rochester Gas & Electric crew was called to the scene before the explosion when a neighbor reported smelling gas.

The Rochester Democrat and Chronicle says a neighbor reported the sound of barking dog coming from the house and said he saw someone enter the home.

Jackson said firefighters have not found a dog in the rubble.