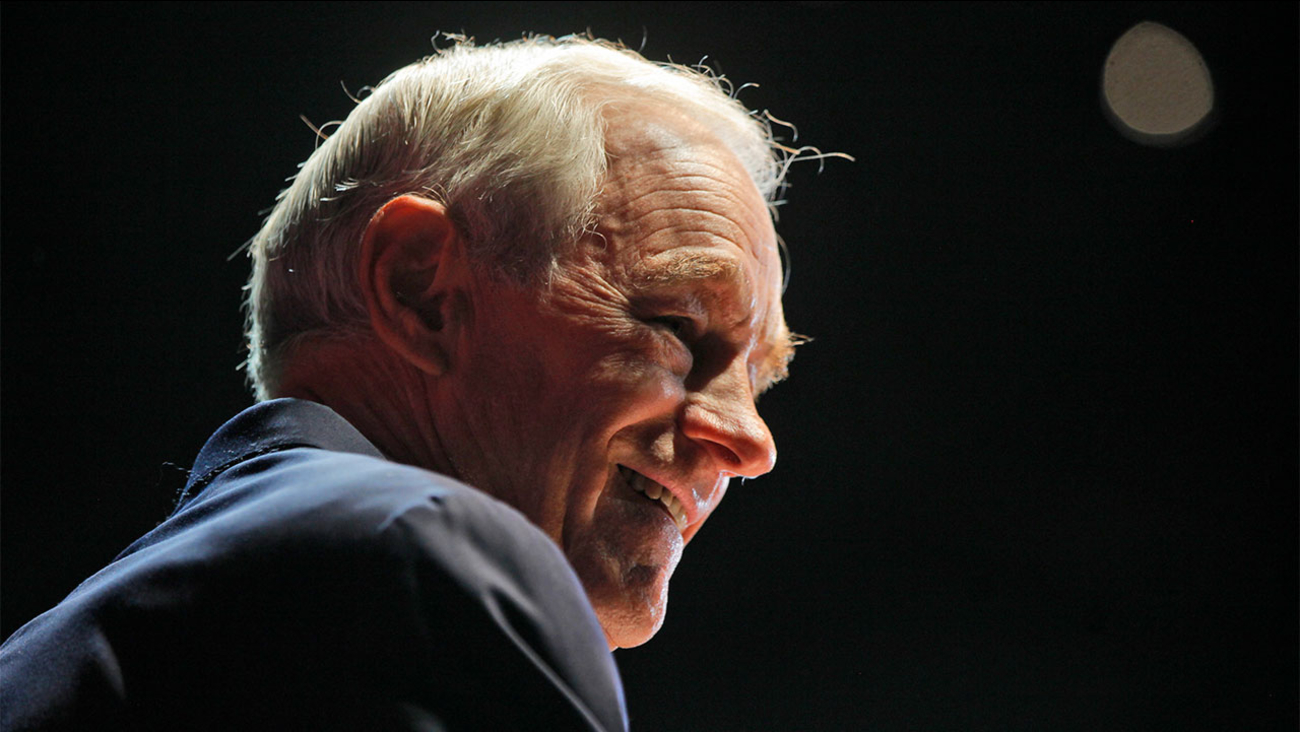 Rep. Ron Paul, R-Texas, speaks at a rally at the University of South Florida Sun Dome on the sidelines of the Republican National Convention in Tampa, Fla., on Aug. 26, 2012. (AP Photo/Charles Dharapak, File)

AUSTIN -- Former GOP presidential candidate Ron Paul posted a picture of himself in a hospital Friday but said he was OK after video circulated online of him struggling to speak during an interview.

The 85-year-old former Texas congressman, who ran for president three times, posted a picture on Facebook showing him smiling in a hospital gown and giving a thumbs-up. "I am doing fine. Thank you for your concern," he said.

Message from Ron Paul: "I am doing fine. Thank you for your concern." pic.twitter.com/aALmLn8xIj

The post came after a video took off on social media showing Paul having trouble speaking during an appearance on his livestreamed show "Ron Paul Liberty Report." The video cuts away to the interviewer as Paul struggles.

Paul is the father of Sen. Rand Paul, R-Ky., whose office did not immediately return a message Friday.

"Thank you at all the friends and well wishers who have reached out. My Dad is walking, talking and is in good spirits while he seeks medical attention. Health scares like this are always concerning, but Dad is in great shape and grateful for everyone's concern," Paul's other son, Ronnie, said in a statement obtained by ABC News.

A backer of the gold standard, Paul gained a loyal following running for president in 1988 and 2008, then saw his popularity rise with that of the tea party movement before seeking the White House again in 2012. He faced an electorate frustrated by a weak economy and two wars, and saw his once outsider views become more mainstream.

He retired from his Texas district in 2013.

Elderly man in wheelchair struck by vehicle in NYC