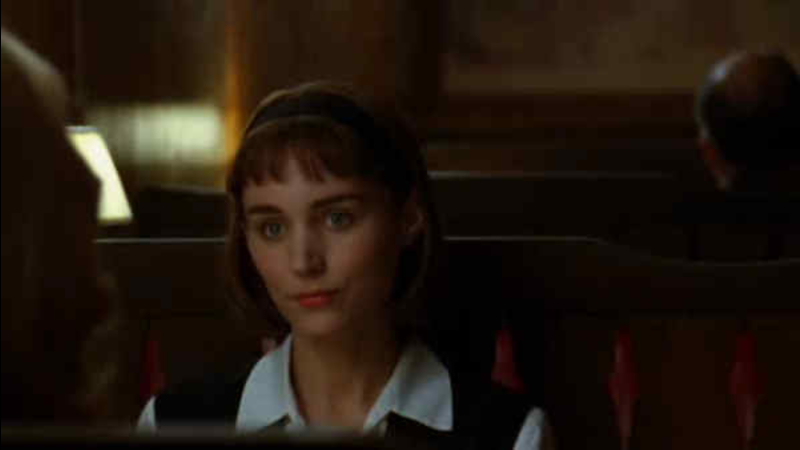 Oscar buzz back for Rooney Mara in 'Carol'

NEW YORK (WABC) -- Rooney Mara was nominated for an Academy Award for her work in "The Girl with the Dragon Tattoo, and now, Oscar buzz is back thanks to the actress' new movie, "Carol."

The film takes its title from Cate Blanchett's character, a married mother who prefers to romance women. She meets Rooney's character by chance, in a department store where the younger woman works. A romance begins, in New York City as it existed more than 60 years ago.

Blanchett has the showier part as a socialite who is divorcing her husband and seducing the young clerk. There's so much buzz for both women that it's hard to believe Mara passed on the period drama at first because she had just made four films back to back.

"I didn't think I sort of had anything left to give to a part," she said.

"The Girl with the Dragon Tattoo" showed the lengths she was willing to go for a role, and Mara was rewarded with her first nomination in 2012.

"I don't really believe in half-assing anything," she said. "So it seemed like, you know, if you weren't going to go into it sort of full throttle, there really wasn't much point."

Much of "Carol" takes place deliberately, as the two women grow closer slowly. In person, Mara can come across as shy, but on screen, she is fearless.

"You're sort of baring a part of yourself," she said. "And you have to leave all embarrassment at the door."

It's also about being willing to do anything that seems right for the part.

"And not feel worried about feeling judged or embarrassed in a room with a bunch of people that are not naked or not crying or not screaming," she said.

It's a world away from Bedford, where she grew up as a member of NFL royalty. One of her uncles runs the New York Giants, where her dad is head of player development. But her passions lay elsewhere, and now, the early betting has her as the favorite to win for "Carol."

Oscar handicappers say she's the one to beat in the category of Best Supporting Actress, and Mara already won an award at the Cannes Film Festival last spring in France.

The movie opened this past weekend in just four theaters, where it made a quarter of a million dollars in just a few days.