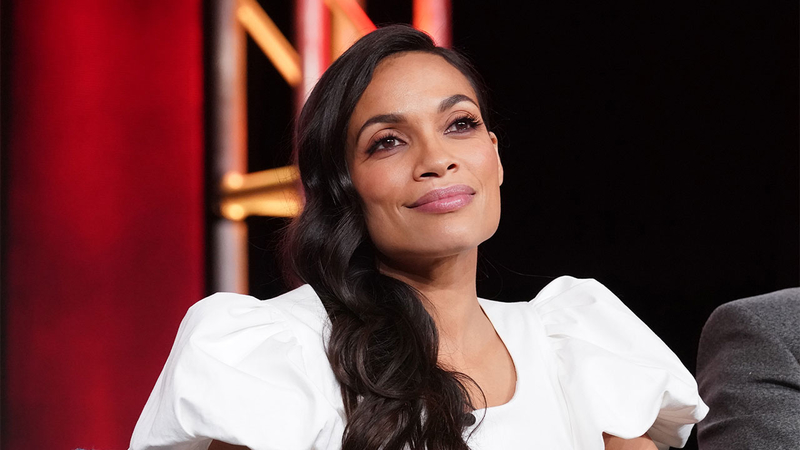 Rosario Dawson opens up about sexuality

Actress Rosario Dawson is opening up about her sexuality nearly two years after an Instagram post that was widely interpreted to be her unofficial coming-out.

Dawson was asked about that June 2018 post in a wide-ranging interview with Bustle while promoting her new USA series "Briarpatch." In it, she reposted a video of rapper Chika singing a pride month anthem to the tune of Ed Sheeran's "Shape Of You" with a caption encouraging "my fellow lgbtq+ homies" to "keep being strong in the face of adversity."

"People kept saying that I [came out]... I didn't do that," she told Bustle. "It's not inaccurate, but I never did come out come out. I mean, I guess I am now."

Dawson added that she has "never had a relationship in that space, so it's never felt like an authentic calling to me."

Dawson has been dating Democratic Sen. Cory Booker of New Jersey, who recently ended his presidential campaign, since October 2018. Speaking to reporters on the campaign trail earlier this year, Booker joked that he has "no game whatsoever" and first met Dawson at a political event in Los Angeles.

There was "nothing there" during their first meeting, Booker said, but he and Dawson found themselves at the same party once again: "Rosario was there, and I worked the whole night until the very end. People were starting to leave, and I walk up to her and I go, 'How would somebody get in touch with you?'"

"And she was like, 'You want my phone number?' And I'm like, 'Yes, please.'" Booker recalled. "And so that was the moment, the ignition point to our relationship."