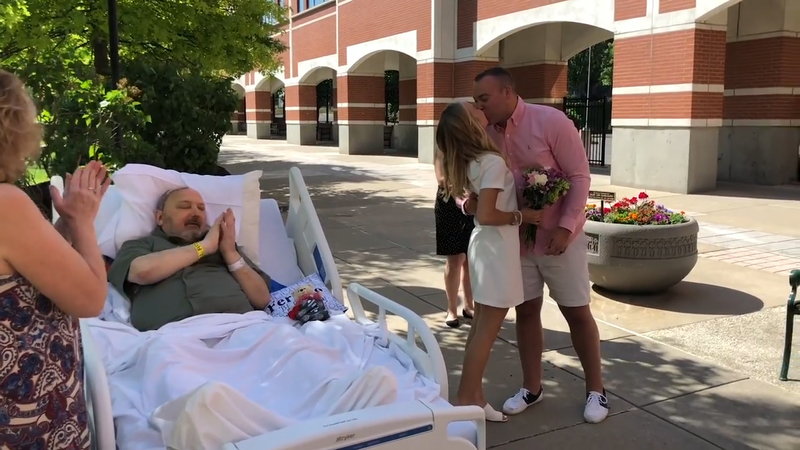 BUFFALO, New York (WABC) -- A father from Buffalo, New York, battled cancer for nearly 18 months in the hopes of attending his only daughter's wedding.

Bethany and Austin were set to be married in late August, but it was clear her father's time was growing short.

The staff brought the wedding to him on Father's Day.

They wheeled his hospital bed outside to the garden at the cancer center.

Family and friends, including his wife, three other children and his grandchildren, looked on as he witnessed the wedding.

Mr. Ferrino was able to applaud for the happy couple, kiss his daughter and gave his new son-in-law a fatherly handshake.

Days later, he lost his battle. The family will forever be grateful to Roswell for "the amount of time, consideration and genuine care" they received.

His son, Mitchell Ferrino, made the video below as surprise for his sister.