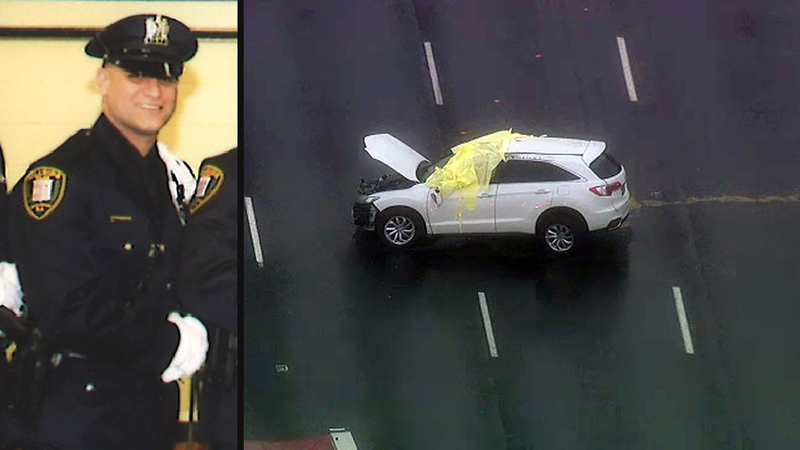 LINDEN, New Jersey (WABC) -- An off-duty police officer was killed in a crash with a tractor-trailer in New Jersey Monday morning.

It happened just after 2:15 a.m., when the car traveling north on West Edgar Road (Route 1) in Linden collided with a tractor-trailer heading north at Pleasant Avenue.

Investigators say Hillside Officer Giovanni Esposito and a companion were in their Acura SUV when it suddenly lost control and rear ended the tractor trailer stopped at the light.

The SUV flipped over several times, ejecting both Esposito and the other occupant.

They were taken to Newark Hospital, where Esposito, 30, later died from his injuries. 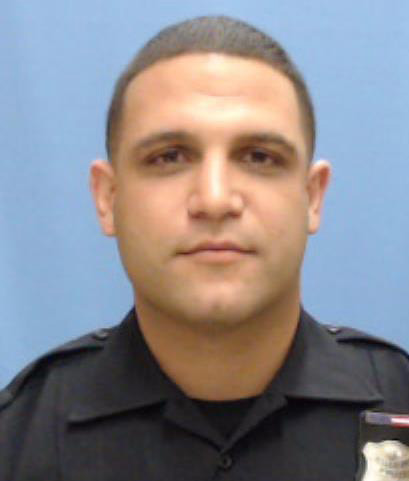 Esposito graduated at the top of his class from the Essex County Police Academy and was approaching his one year anniversary with the Hillside police department. Those who knew him best say he loved his job and he prided himself on serving the Hillside community.

"It's a hard day, it's a difficult day and this certainly hits home for everyone," said Linden Police Lt. Christopher Guenther. "We're certainly praying for them, their families, and hoping to get them the answers to the questions they have."

The men and women of the Hillside Police Department are deeply saddened to have learned the news of a vehicle crash last night in Linden, N.J. which took the life of one of our own, Officer Giovanni Esposito.

Officer Esposito was hired less than a year ago, in November of 2017. He then graduated at the top of his class from the Essex County Police Academy. Officer Esposito loved his job and was a warm and friendly person who was well-liked by all who knew him. He prided himself on serving the community of Hillside with diligence and compassion. His death is a profound loss to our department and we will miss him terribly. We wish his family solace and comfort during this extremely difficult time.

The other person in the vehicle with Esposite was seriously injured.

The tractor-trailer driver was not hurt.

Route 1 was closed in both directions between Avenue C and West Grand Avenue.