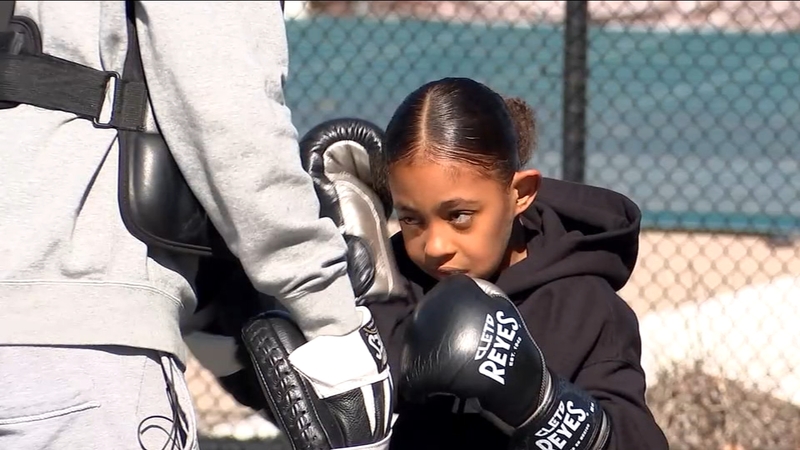 SOUTH BRUNSWICK, New Jersey (WABC) -- An 8-year-old's ability in the boxing ring is bobbing and weaving her way to the top of many social media feeds, but it's also caused her to tap into her talents as a writer.

Eight-year-old Ruby Tucker packs a punch ... it is the sound of fury.

She has already taken her talent to the ring and listens closely to her dad's instructions.

Tucker has been an internet sensation, but she wants to prove she is the future of boxing.

Her father, Kijuan Tucker, owns a boxing gym in Elizabeth, which he started after he was inspired by his daughter where they train once a week.

"She started doing it and she just adapted so quickly to the training and then when COVID hit -- I'm out of works, she's out of school -- so we kind of just doubled down on it, everything you see is kind of us just working hard during COVID when we basically had nothing else to do," he said.
Ruby Tucker is a third grader who has set her sights on big things.

Her friends constantly ask her how she's able to do the amazing things she does in the ring.

Her family wants to make sure she's ring ready and enjoys the ride along the way.