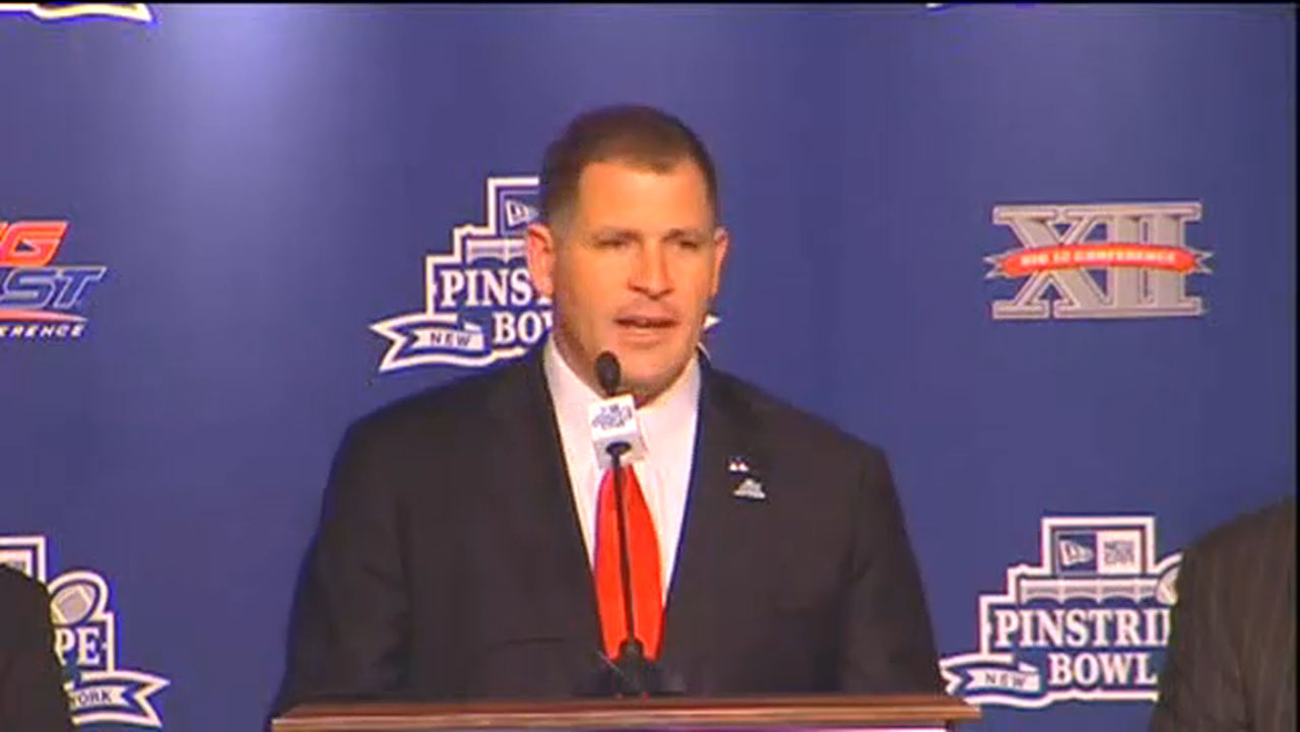 "The next great chapter for Rutgers Football is about to begin," Hobbs said in a statement.

The contract must be approved by the schools' board of governors. It is scheduled to meet Tuesday to discuss the hiring.

"It wouldn't be appropriate to prejudge any action that the Board of Governors may take, but I believe today that Rutgers Football is on the path to greatness," Hobbs said.

Rutgers had offered Schiano an eight-year contract worth $32 million, but the two sides could not agree on other financial commitments by the school toward improved facilities and infrastructure and both indicated they were ready to move on.

After that news broke last Sunday, Rutgers officials faced a wave of criticism from boosters, fans and former players. Schiano was coach at Rutgers from 2001-11. The Scarlet Knights went to a bowl game in six of his final seven seasons.

Rutgers finished off a 2-10 season, 0-9 in the Big Ten, on Saturday with a loss at Penn State. Nunzio Campanile has been the interim head coach since the firing of Chris Ash five games into his fourth season. Ash went 8-32 in three-plus seasons, including 3-26 in the Big Ten.

After Ash was fired, Schiano was immediately speculated as a candidate to replace him.

Schiano, a New Jersey native, went 68-67 at Rutgers and turned the Scarlet Knights into consistent winners in the old Big East after years of being one of the worst major college football programs in the country. Success under Schiano helped Rutgers land an invite to the Big Ten, and it joined the lucrative Power Five conference in 2014.

After news of Schiano's return broke, there was a positive response from alumni and former players.

"Welcome back coach @GregSchiano F.A.M.I.L.Y.," tweeted Eric LeGrand, who was paralyzed during a 2010 game while playing for Schiano.

Schiano left Rutgers in 2012 to become head coach for the NFL's Tampa Bay Buccaneers, but his tenure lasted only two years. He resurfaced at Ohio State as defensive coordinator. He had reached an agreement to become Tennessee coach in 2017, but a fan mutiny on social media led the school to rescind its offer.

Schiano left Ohio State after last season when the Buckeyes struggled on his side of the ball, and briefly took a job as an assistant with the New England Patriots earlier this year. He stepped down soon after, deciding instead to take the season off.

Now he's set to return and facing maybe an even tougher task than the first time around, trying to make Rutgers respectable in the Big Ten.